Drinks for Halloween 2016 from Tipsy Bartender Happy Halloween from Crazy Eddie's Motie News!  Over on this blog's Facebook page, I asked my readers there "which angle I should use for Halloween, drinks or drum corps."  They unanimously voted for drinks.  My response was "That's easy; it's what I've done the past two years."  So by popular demand, I'm presenting this year's version of Halloween drinks from Tipsy Bartender and Halloween drinks from Tipsy Bartender for 2015, beginning with Halloween Glow in the Dark Vodka Ghosts.

That's an appropriately spooky creation.  Follow over the jump for two more.

Skyy and company seem to be a lot less enthusiastic about Halloween this year than past years.  Normally they would have posted at least three recipes by now, like they have at least the past three years (three years ago, the theme was "The Walking Dead").  So far this year, it's only been one, two if you count this next one, which is merely seasonal: Spiked Pumpkin Spice Latte.

Looks like even Tipsy Bartender isn't immune to the seasonal food trend. 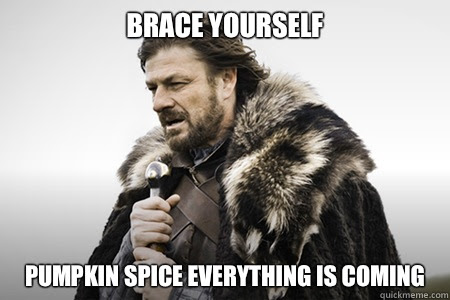 Finally, here's a drink on Tipsy Bartender's Halloween playlist from the past two years that I missed in previous entries, mostly because it wasn't posted near Halloween, Night Night Daddy Shot - Sinister 2.

This insane flaming shot is based on the evil curse in the new movie SINISTER 2.
...
NIGHT NIGHT DADDY SHOTS
First Layer:
Melon Liqueur

With that, the series of Halloween posts that began with Dancing German witches for Halloween and continued with KPBS on the zombie apocalypse is over.  Enjoy what's left of Halloween and see you next month, which is only a few hours away!
Posted by Pinku-Sensei at 8:00 PM