Tom Tomorrow thinks Romney is a robot, too

The day after the Iowa caucuses, I snarked:


Romney is a corporate robot who will do whatever his programmers tell him to do.

Not even two weeks later, Tom Tomorrow has picked up that idea and run with it, explaining Romney's flip-flopping in the process. 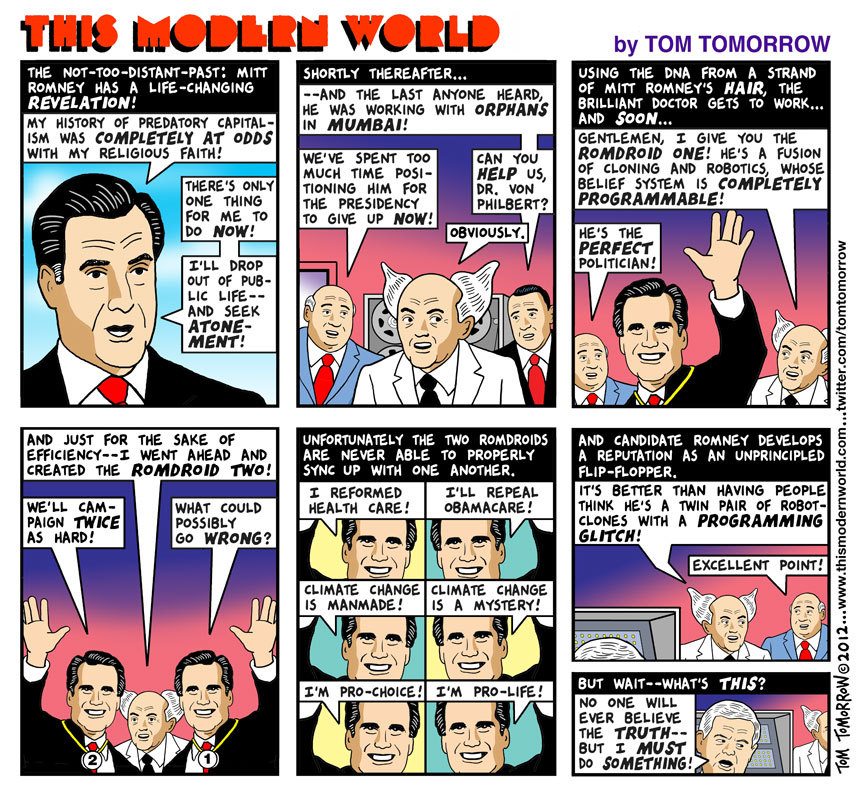 Whatever cartoon! Gingrich will do, it won't be any stranger than what actually happened in the real Gingrich's name.

Now, if you'll excuse me, it's time to play SW:TOR with my wife.