Trump greeted by protestors in Detroit 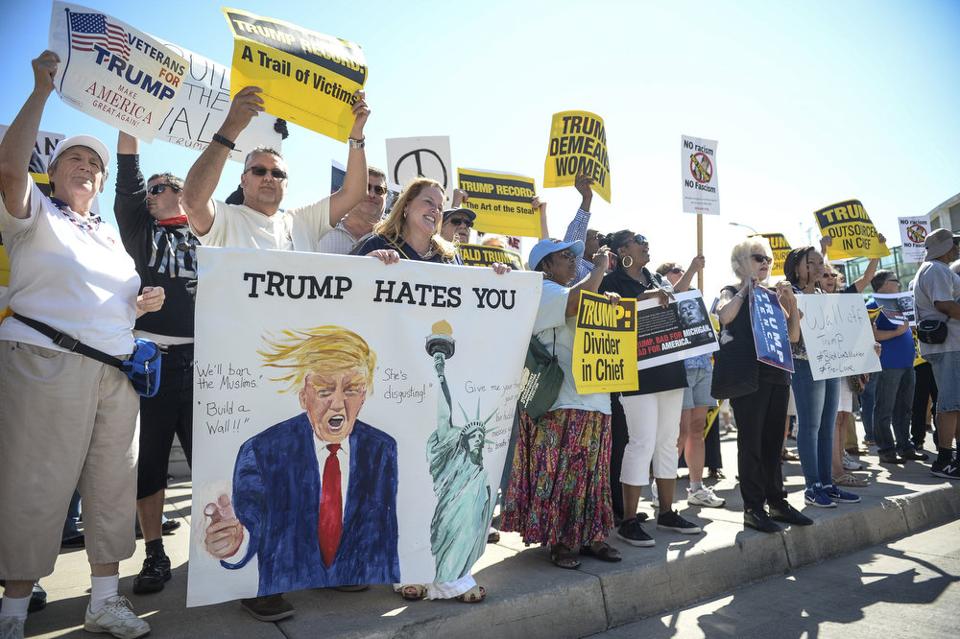 While I was posting the latest batch of Student Sustainability Videos, Donald Trump visited Detroit and was greeted by protestors.  WXYZ covered the demonstrators, both inside and outside the hall.  It took two videos to summarize the protests adequately, beginning with Protesters interrupt Donald Trump's speech at Cobo Center in Detroit.


A second video, Protestors march at Cobo Center for Donald Trump's speech, captured more of the people ejected from the hall, as well as the rest of what those already interviewed had to say.


MLive covered even more of the anti-Trump message in Rashida Tlaib.

Rashida Tlaib, Moms Against Trump, speaks to media and protesters after being kicked out from Trump's speech at the Cobo Center.

Trump should have expected as much, considering the last time he was here, the signs read "Dump Trump" and "Arrest Snyder" at the Detroit Republican Debate.  I'm sure when he returns, so will the protestors.

Speaking of presidential candidates visiting Detroit, Hillary Clinton will be here later today.  Expect me to cover her appearances as well.
Posted by Pinku-Sensei at 12:50 AM