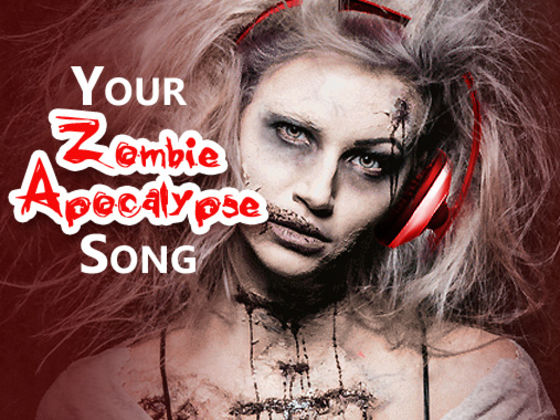 I concluded James Robertson ABC's Person of the Week with the following program note.

Yes, both the Grammy Awards and the first episode of the second half of "The Walking Dead" happen tonight, making for an unlikely juxtaposition.  First, the zombies, as Kyle Hill of Nerdist explains the science behind the zombie virus in "The Walking Dead" in two videos beginning with How Does THE WALKING DEAD Zombie Virus Work? (Because Science w/ Kyle Hill).

THE WALKING DEAD: arguably one of the most popular zombie stories of the generation. But if everyone in TWD already has the virus according to the end of season 1, exactly WHAT is doing the killing? Nerdist Science Editor Kyle Hill delves into it on Because Science.

So Komodo Dragons actually are venomous.  That's worth knowing.

Next, the epidemiology of the zombie virus in How Fast Will ZOMBIES Take Over The World? (Because Science w/ Kyle Hill).

Just how dangerous would a zombie epidemic be? How fast will we get screwed when they eventually take over the world, and can we stop them?! Find out on Because Science with Kyle Hill.

Also, I'm glad he mentioned how fast measles spread.  That shows how dangerous the current measles outbreak could become.

Follow over the jump for my thoughts on the Grammy Awards for music accompanying visual media.

Forbes' complete list of Grammy nominees includes the following three categories, which fit most closely with the science fiction and fantasy theme of this blog.

Get On Up: The James Brown Story
(James Brown)
Label: Universal Music Enterprises

Look how many of these are from movies about science fiction, fantasy, and crime, so it's no surprise that I've written about many of these films, if not their music, before.

Among the crime dramas, "American Hustle" and "The Wolf of Wall Street" figured prominently in Crime and injustice among the Oscar nominees.  I embedded a selection from "Gone Girl" in Golden Globes music nominees for this year.  Trent Reznor may not be nominated for an Oscar, but he might just win a Grammy.

In the science fiction category, I wrote extensively about "Her," including its music, in Discovery News on 'Her'.  I featured "Gravity" in Recap of Oscar predictions.  Let's see if it can win a Grammy, too.  In passing, I had mentioned that my wife loved the song compilation from "Guardians of the Galaxy" in 2014 in movies for nerds and geeks.  I'm glad to read that actually exists, so that either my wife or I can buy it for her.

Finally in fantasy, I embedded "Let It Go" twice, first in a post about the Golden Globes, then in a comedy weather entry.  The sources I quoted in 2014 in movies for nerds and geeks and Nerdist on the Oscar nominations also mentioned "The Lego Movie," although I didn't.  At least "Everything is Awesome" is nominated for both the relevant Emmy and Oscar.  I wonder how it will fare against "Let It Go" in a battle between last year's winner and one of this year's nominees.  As for the song from "The Desolation of Smaug," it didn't make an impact on me while I watched the movie.  That's not a good sign.

In case my readers wonder which I'm watching tonight, it will be "The Walking Dead."  I'll read the news tomorrow to see who won the Grammys.

Stay tuned for the driving update.  Dez the new car should turn over 45,000 miles tomorrow.
Posted by Pinku-Sensei at 12:11 PM