Drum corps for the Wisconsin Primary 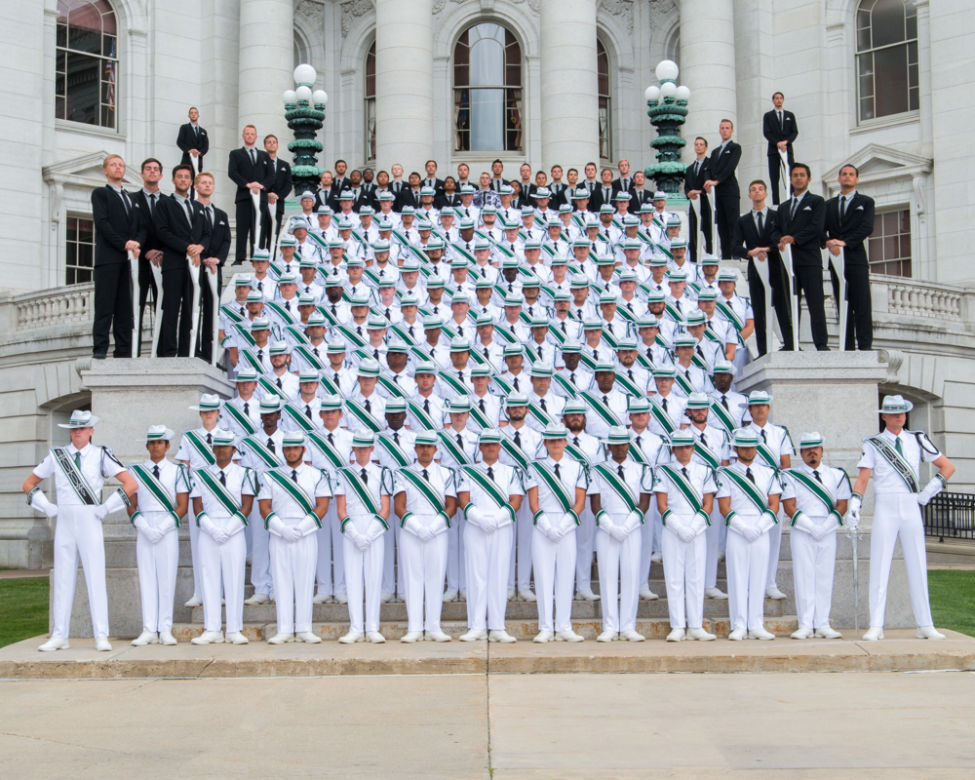 Today is the Wisconsin Presidential Primary, in which Cruz is favored over Trump on the Republican side and Sanders is leading Clinton on the Democratic side. Neither are absolute locks, so it will be worth seeing if Wisconsin is the speed bump that keeps Trump from getting to 1,237 delegates and a first ballot nomination and keeps Bernie's victory streak alive.  While my readers are waiting for the results, I'm going to do the same thing I did for Iowa Caucuses, Super Tuesday, The Ides of March, and Arizona, Utah, and Idaho--share music from marching units from the state having an election.  Drum corps fans already know that Wisconsin has some outstanding drum and bugle corps that I'm pleased to feature, beginning with 2015 Madison Scouts - 78th and Madison.

Classic MGM movies staring Gene Kelly influenced "78th & Madison," the title referencing Manhattan and the corps' 78th anniversary year. Listen for the roar of the MGM lion and look for the travel stickers on the prop suitcases that featured cities along the DCI Tour. Be on the lookout for the aspiring Broadway performer who made a performing troupe on his third audition and became smitten with a starlet he saw on a billboard, fantasizing about her while dancing with her silhouette.

The presidential campaigns are often called "The Circus," which happens to be the name of Showtime's series on the election.  I've even called the 2012 campaign that  Another Wisconsin corps has the perfect show for this trope: 2015 Blue Stars - Sideshow.

In "Sideshow," the color guard section gradually transitioned from being rural members of a circus audience to become circus performers on various sideshow stages. Among those under the big top seen rising in the opener were clowns, a contortionist, a juggler, a unicyclist, a sword-swallower, conjoined twins, a tightrope walker walking over members of the horn line, and a fortuneteller reading the palm of a flugelhorn soloist.

Milwaukee is the largest city in Wisconsin and it also has its own corps, Pioneer.  Here is their 2014 show Joy!


One county to the south is Racine, which has two corps.  First, the senior corps, The Kilties playing their 2001 show.


I'm not done.  Back for an encore are the Madison Scouts performing their 2014 show, Time Trip.