Thursday at the 2015 Dream Cruise from WXYZ 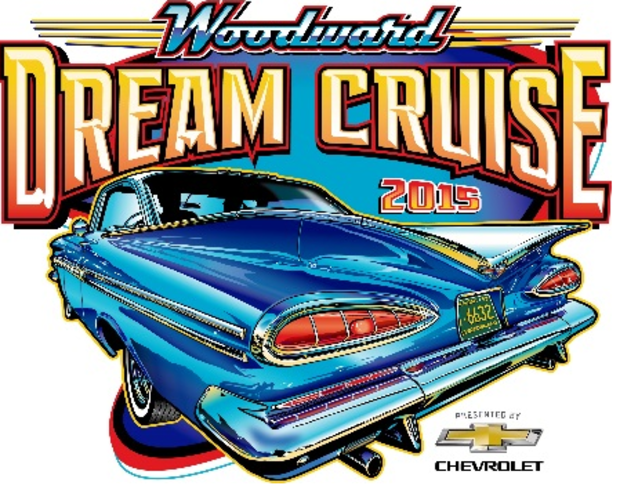 While the Woodward Dream Cruise officially kicks off tonight, pre-cruise activities have been going on for more than a week, as I described in WXYZ prepares for 2015 Dream Cruise.  Yesterday was no exception, as WXYZ shows in Thursday before the Dream Cruise.

People are already enjoying the cars on Woodward for the Dream Cruise.

I have more, especially about the Indy 500 pace cars, after the jump.

The classic cars, including one of the first Model Ts are already on Woodward.

Welcome to Dream Cruise, where automotive history is on parade.

I promised pace cars.  Here they are in Classic Indy pace cars make their way down Woodward.

A parade of classic Indy pace cars made their way down Woodward as part of the Dream Cruise.

I was wondering how long it would take for two examples of "dopamine returned on energy invested" to intersect.  Looks like the perfect overlap of sets.

When Brad Keselowski would see police car lights growing up in Rochester, that usually meant something bad. But Thursday, the police escorted him up and down Woodward Avenue, along with all of Roger Penske's IndyCar and NASCAR drivers. The Dream Cruise officially begins, as Brad Galli rides along with Keselowski.

Happy Motoring everyone, while it lasts!
Posted by Pinku-Sensei at 9:48 AM