Science Fiction and Fantasy at the 2015 Teen Choice Awards 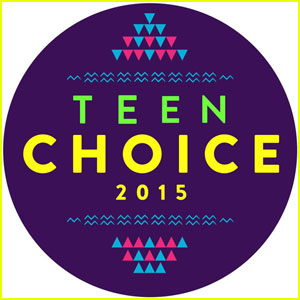 One of the reasons I dedicated Sundays to entertainment is because entertainment awards shows are usually held on the first day of the week, and I'm a sucker for awards shows.  Today is no exception, as the Teen Choice Awards are being presented tonight.  Follow over the jump for this year's nominees in Science Fiction, Fantasy, Horror, and Adventure movies and television, courtesy of the International Business Times.

I've mentioned five of these movies during the past year, including entries dedicated to Age of Ultron, Mad Max, and Tomorrowland, hype and a music nomination for Mockingjay, and a music nomination for an earlier installment of The Hobbit.  It should come as no surprise that I have an opinion about which one of these movies should win--"Mad Max: Fury Road."  That's the best science fiction film of the lot.  That written, it won't win tonight.  Instead, it will probably be either "The Hunger Games: Mockingjay Part 1" or "Avengers: Age of Ultron," most likely the former based on history.  Katniss Everdeen's fangirls will swamp everyone else.  I'll have to wait until the adults weigh in at other awards shows for Mad Max to get its day.

The opportunities to split votes in this category astound me, as not only are actors from the same movie nominated twice, but brothers are nominated from the same two movies.  In that case, the votes might go to the actors who don't have to worry about divided fandoms, Channing Tatum and George Clooney.  I'd pick either Clooney or Robert Downey, Jr., but I'm up against an electorate of teenagers.  They might go for Tatum even if they haven't watched the movie on sheer sex appeal.

It's telling that the leads for "Jupiter Rising" were nominated but not the movie itself.  Both Mila Kunis and Channing Tatum delivered competent performances, but the movie itself was a mess.  Too bad, as it was trying to make some serious points in the middle of the action.  Neither will win.  Instead, I think the award will go to Jennifer Lawrence for the reasons I mentioned above.  She wouldn't be my choice.  I'd vote for Mackenzie Foy in "Interstellar," even though she may not have even been the best actress in the movie.  That would be Anne Hathaway.

Next, a category that includes films that I'd put in Science Fiction.

The "Divergent" series movies belong here while "The Hunger Games" movies are in Science Fiction?  I suppose that's good for differentiating the movies and spreading out the awards, but it's not going to affect how I classify the "Divergent" series or "The Maze Runner" movies either.  Between the two, I'd pick "Insurgent."  However, I expect "Furious 7" to win tonight.  It's better than "San Andreas" winning.  I'd vote against it on bad science alone.

Just like the actor category for science fiction and fantasy, there is too much opportunity for vote splitting here to make me comfortable.  I'd vote for Vin Diesel, but I'm not a teenager.  I suspect Taylor Lautner might get this one instead.

Slailene Woodley won last year and I'd put both my money and my vote on her winning again.  Score one for me agreeing with the teens if that happens.

Now time for a bonus round of movie nominations.

Both Donald Sutherland and the role he plays are more inherently villainous than Kate Winslet and her character, but I'd prefer Winslet wins this year.  Sutherland has won before and has another shot.  Based on the movie, Winslet doesn't have another shot, pun intended.  Besides, it would be a rare win for "Divergent" over "The Hunger Games."

In this battle between sci fi and (one) comedy, I suspect someone from "Pitch Perfect 2" will win out.  Otherwise, I'd vote for Nicholas Hoult--"What a lovely day!"

I'd give it to Thomas Brodie-Sangster over Elizabeth Olsen, but I suspect neither will win.

Now for the movies that might show up again next year.

I'd vote for "Jurassic World" based on box office and my interest in the subject, but I wouldn't be surprised if "Inside Out" wins instead.  It is a young set of voters, after all.

I'd vote for Chris Pratt, but Channing Tatum might get a second award out of this category.

This is a better field than the one for summer movie star (Adam Sandler?  Really?) so my choice is harder.  I'd pick Amy Poehler for Joy to win, even if my vote would go for Evangeline Lilly as the best actress overall.  Bryce Dallas Howard didn't have an appealing role.

My wife and I are watching three of these shows, "Once Upon a Time," "Sleepy Hollow," and "The 100," and we agree that "Sleepy Hollow" is the best of the bunch.  Here's to hoping the voters agree.

I'd put my money and my vote on Jared Padlecki out of this bunch, but I suspect Amell could win instead.

I'd put my money on "The Simpsons," but I'd vote for "Star Wars Rebels."

Drama will win this with Terrence Howard.  He also made a great, if short-lived, villain in "Wayward Pines," so he's a sci-fi bad guy as well.

"Empire" was the breakout show, so I pick another actor from the series.

I'd vote for Gina Rodriguez, but one of the two performers from "Empire" will win.

Again, "Empire" will win, even if though I'd vote for "Jane The Virgin" over it and "iZombie."

Even though there are two horror shows on the list, I'm voting for the reality competition show.  Sometimes my age shows.

Out of loyalty, I'm voting for "Under The Dome," which deserves an entry of its own.  Still, I suspect the actor from "Pretty Little Liars" will get it instead.

I'd abstain, but I think one of the two actresses from "Pretty Little Liars" will get it.  Forget the horror show.

This concludes the "involved analysis" I promised in 'Star Wars' alignment charts.  Stay tuned for the monthy meta.
Posted by Pinku-Sensei at 8:00 PM