More science and the Satan Sandwich 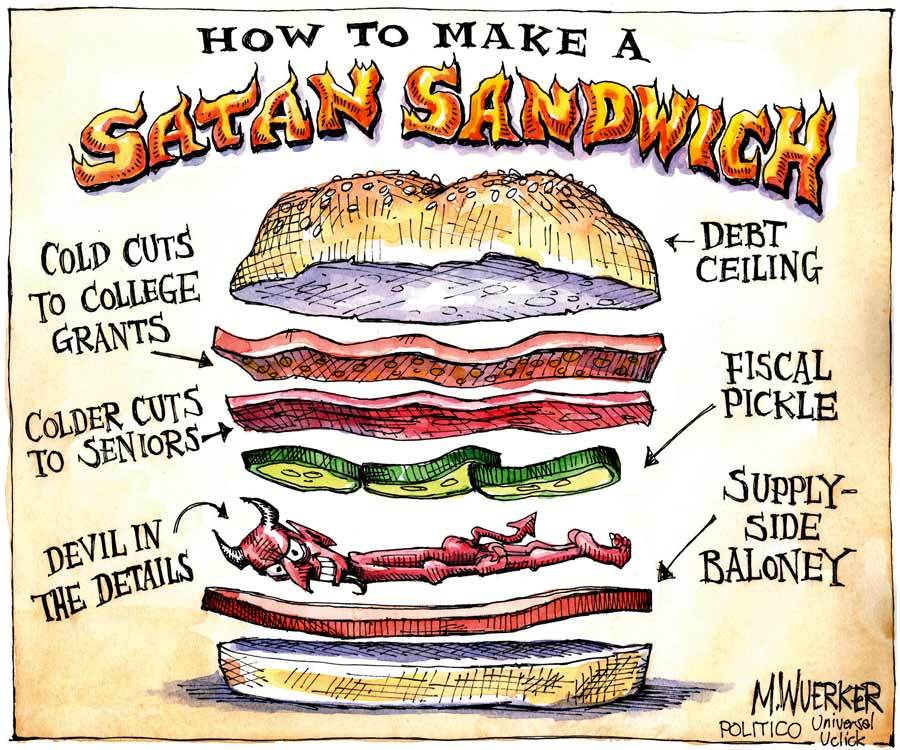 
Hyenas do it. Elephants do it. But apparently congressional representatives do not.

"It" would be cooperation, which has been little-seen in Washington during the "fiscal cliff" negotiations. Despite a deadline they themselves set with consequences no one wanted, Democrats and Republicans went down to the wire before passing a bill that averts major cuts and tax increases but sets the stage for more bickering over the raising of the nation's debt limit and other budgetary issues.
...
Why all the rancor? A major contributor is partisan polarization, which political scientists say is at historic levels among the political elite. But simple human psychology may also explain why it's so tough to compromise, with feelings often trumping logic in heated debates.

That's the cause of the Satan Sandwich, which then led to the Fiscal Cliff Bungee Jump, and now to the Sequester. Now for one of the effects, which I included in another diary on Daily Kos, Overnight News Digest: Science Saturday (Life possible on ancient Mars).


More than 10 U.S. departments and agencies that receive federal funding for scientific research will suffer from budget cuts enacted by the federal government on March 1, aka "the sequester"

Check out the graphic at the link for the full effect of the Sequester on federally funded science research.
Posted by Pinku-Sensei at 8:00 PM