As I wrote in the first post in this blog:

I'll also post reviews of other blogs about societal collapse and what to do about it. There are plenty of them out there, and they all deserve a good meta look.

That was going to be Kunstler's Clusterfuck Nation, but breaking news changed my mind. Instead, Joe Bageant's blog gets the honor. That's because Joe died this weekend.

After a vibrant life, Joe Bageant died yesterday following a four-month struggle with cancer. He was 64. Joe is survived by his wife, Barbara, his three children, Timothy, Patrick and Elizabeth, and thousands of friends and admirers. He is also survived by his work and ideas.

A moment of silence, please. 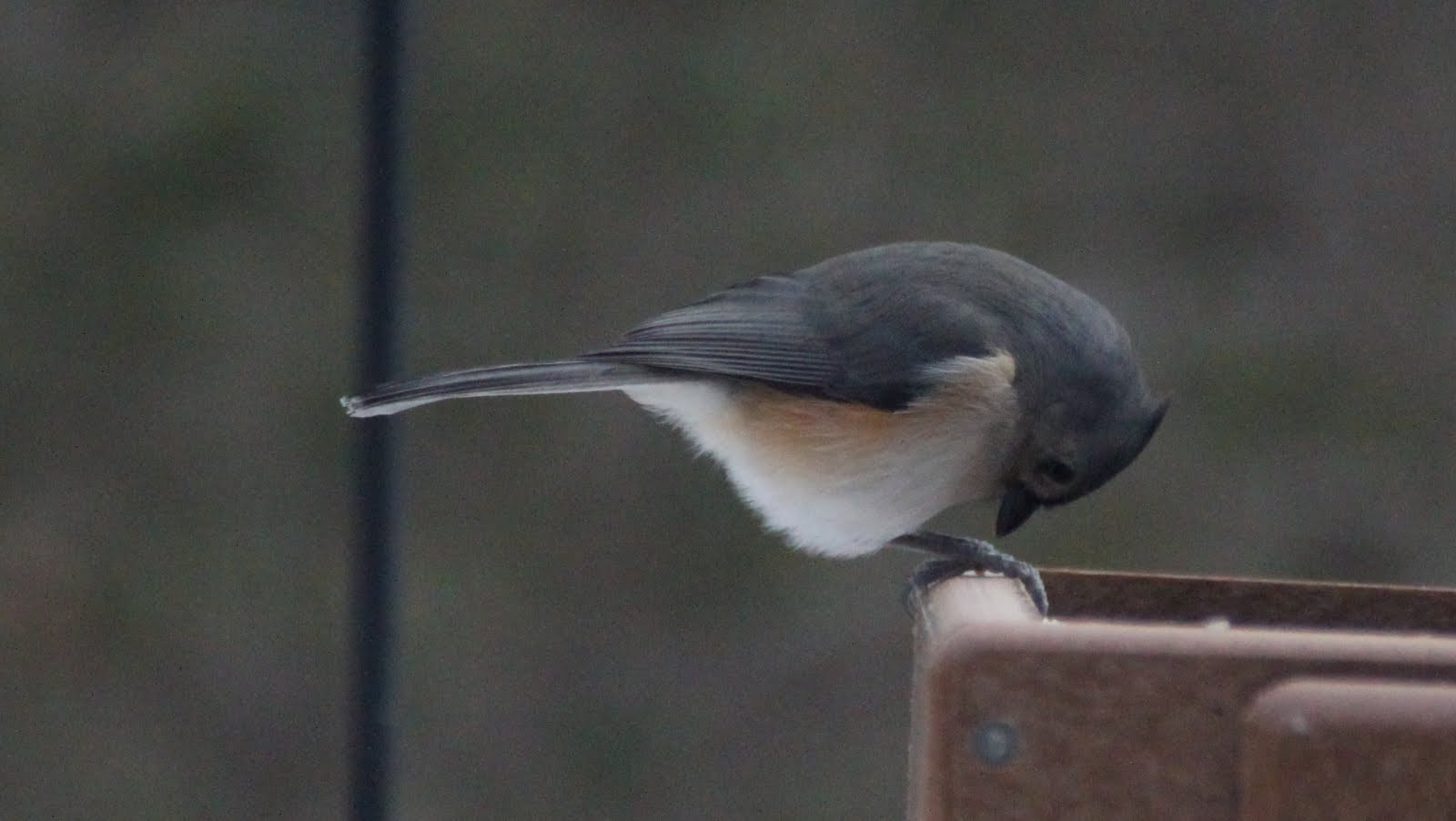 In a perverse way, I think it's fitting that Joe gets the honor of first review over Jim. It turns out that I helped introduce the two. I'll let one of the first commenters on CN to bring up Joe begin telling the story.

When I read your contempt for your social inferiors, and hear it echoed by your fans, I can't help comparing it to Joe Bageant's rueful sympathy for his own benighted tribe of origin, which is also mine. (Go to joebageant.com). Guess which of you comes off as the more admirable and mature person. But then, Bageant has a real class analysis, and you don't. He asks how these deluded right-wing populists got to be the way they are, and rightly blames the capitalist system itself. So does Chomsky, so did Howard Zinn and many others. Check out Theodor Adorno on the psychosocial roots of the original, non-cornpone Nazis. Be more serious, less glibly journalistic.

As Neon Vincent, one of my other noms de net, I responded:

I've been wondering when Joe Bageant's name would appear here in response to Jim's mocking of the rural working class. While both Joe and Jim think their response has been wrong-headed and not in their best interests, and that the system has been hollowed out (Joe calls it "The Hologram" while Jim calls it "The Consensus Trance"--same thing, really), Joe is much more understanding of their plight and explains how they got there, while Jim displays a visceral dislike of the same people that seems to border on a defense against fear of them.

I would be remiss if I didn't mention that I think dialog between Joe and Jim would be a good thing. At the very worst, it would degenerate into an entertaining display of verbal pyrotechnics. At best, it would be a fruitful exchange of ideas between two people who are feeling different parts of the same elephant. Either way, I'd enjoy the result.

I should be careful what I wish for. For the rest of the year, Kunstler's commenters brought him up. Believe it or not, Kunstler paid attention.

In his 2011 Forecast, which I really need to analyze, Kunstler wrote:

We're already looking like a nation of ax murderers and cannibals with our tattoo fetish, strange costumes (baby clothes for young men; hooker get-ups for the ladies, which should tell you that adulthood is the new final frontier of the American Dream), and our retarded patois of like-like-like and go-go-go speech - all set in a porn-saturated total immersion huckster hologram (thanks Joe Bageant) of visually incoherent, civically-impoverished, and economically spavined suburbia. I'm sorry, but we just look like a nation of goners. Surely the levels of clinical depression are high out there, and a lot of our fellow citizens are suffering profoundly inside - but is acting like killer-clowns the only option?

Looks like I got half my wish. Did I get the other half? Yes, I did.

Greetings from one of the attic dwellers in Canada.
...
Joe, many questions come to mind, but one of the most pressing is this: can you point readers to some kindred spirits of yours on the web who write in the same mold?

And, do you see any Hunter-esque gonzos coming down the pike? If he sensed a new rot creeping into the scene back in the early 80s, his ashes must be doing the funky chicken over Obama not even bothering to coat the horseshit with honey these days.
...
Writers in the gonzo-esque mold? I really don't know any more than you do on that matter. I'd say James Howard Kunstler for one. You may not think of Jim that way, but if he were writing his stuff in 1970, he would have been seen as gonzo. But I'm not sure just who is out there. I really don't cruise the web as much as you might think.

But Hunter was one of a kind. Realistically speaking, Matt Taibbi is probably as good as Hunter was in many respects. But Hunter was the first. Taibbi is better than Hunter in nailing down the facts, but strains too hard at times to be entertaining (who doesn't?) Still, I have a lot of respect for Taibbi. Also, Hunter's political position inasmuch as he had one other than personal freedom, might be called armed and drugged-out libertarian. It was a different era. If Hunter were starting out today, I doubt Hunter could get published by mainstream mags and book publishers. Publishers' legal fears and all.

In that same piece, Joe also showed that he wasn't a Crazy Eddie.

Like anyone else who has soberly observed this age of peak everything, and the avaricious clowns in charge of our future, I'm a doomer. Even if Abe Lincoln, FDR or Gandhi were in charge at this point, I'd be a doomer. But with enough booze, I can gut it out in relative cheer.

Jim Kunstler, never at a loss to describe a ludicrous situation, sums up the paper economy's engineering of our collapse nicely:

"Wall Street -- in particular the biggest 'banks' -- packaged up and sold enough swindles to unwind 2500 years of western civilization. You simply cannot imagine the amount of bad financial paper out there right now in every vault and portfolio on the planet … the people fabricating things like synthetic collateralized debt obligations (CDOs) had no idea what the fuck they were doing -- besides deliberately creating documents that nobody would ever understand, that would never be unraveled by teams of law clerks ... and were guaranteed to place in jeopardy every operation of the world economy above the barter level."

As for a review, Joe was a keen observer of politics, culture, and economy, especially as it related to the modern American condition and how that condition is contributing to economic and social collapse. He wasn't strong on the science, but he didn't need to be. It's not for lack of science that we are both in the fix were in, know what kind of fix were in, and know how to get out. It's because of all the human factors that Americans are in the mess there're in and only now have the barest glimmer of how big a mess it really is. Joe was also a masterful writer. His prose was gripping and his subject matter was and still is compelling.

He thought he'd escape the ultimate fate of our society by either living abroad or dying first. He got his wish; he did both.

Joe had many memorable posts, but I especially recommend this one: Escape from the Zombie Food Court. It's the one where he best explains "The Hologram"--the corporate-controlled media projection of reality that substitutes for the real thing and which has Americans in its thrall. Happy Reading.

ETA: Jim Kunstler provided the capstone to their interaction in his post today.


I was just informed this morning about the death of Joe Bageant, author of Deer Hunting With Jesus and the soon-to-be published Rainbow Pie. Joe was a brave and funny soul and we will miss him very much.

Remember this moment; it isn't often that Jim says something nice about another person in his blog.
Posted by Pinku-Sensei at 11:55 AM