I'm so glad nonnie9999 at Hysterical Raisins is back!


Welcome back! To thank you for your return, I’ll let you in on an inside joke only people from California would know. When I first heard Friess’s name, I thought “this has to be a joke; who the hell is named after an ice cream stand?” Yes, there is a fast food chain specializing in soft serve ice cream in California called Foster’s Freeze. Even better, it used to be called Foster’s *Old Fashioned* Freeze. Here’s the link to the Wikipedia page. You can’t make this stuff up!

Whenever I hear the name of Santorum's sugar daddy major superPAC donor, I don't see him, I see these images instead: 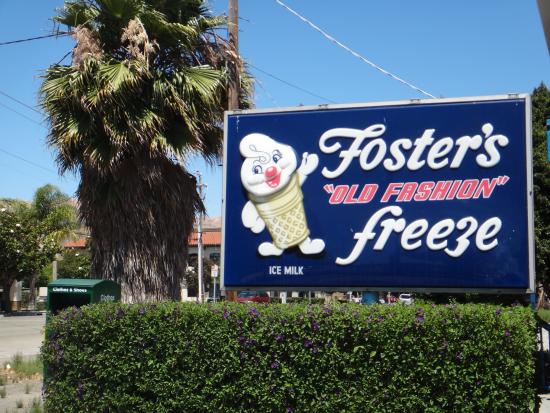 Put the two names together, and the result is this:


Now you know why there were people in Bill Maher's studio audience snickering at the man's name week before last. They (and I) weren't the only ones giggling at the similarity. So were Dennis Miller and commenters at Crooks & Liars, Democratic Underground, Washington Monthly, and Huffington Post--and that's just from the first page of Google results! As for the best comment of the bunch, I give that honor to Paul the Sax Guy at Crooks & Liars:

As Karoli at Crooks & Liars said, "Poifect!"
Posted by Pinku-Sensei at 8:12 PM