Michigan Secretary of State attempts to screw over Libertarians 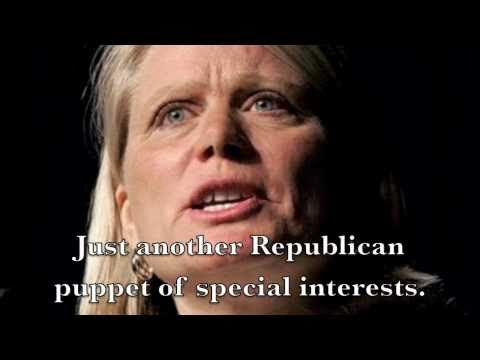 In my Examiner.com article Libertarians, Greens nominate candidates at Michigan state conventions, I describe the results of a very busy weekend for two of the smaller political parties, giving them the attention they deserve. I want you to read the article just for that, but there is another story buried inside of it that I want to call to your attention; one of the local corn pone fascists is trying to manipulate the election in favor of her party by interfering with the efforts of another party on the Right.

Michigan Secretary of State Ruth Johnson is trying to keep Gary Johnson, the Libertarian Party's nominee, off the ballot on a technicality. I guess she's trying to help out her fellow Republicans. If so, then it's not just Democrats she's screwing over!


At their state convention at the Embassy Suites in Livonia on Saturday, June 2nd, the Libertarian Party of Michigan nominated 45 candidates for federal, state, and local offices... The delegates also selected electors to the Electoral College for the Libertarian Party ticket of Gary Johnson for President and Judge James P. Gray for Vice President, which was selected at the party's national convention in Las Vegas last month. However, the Secretary of State may keep Johnson's name off the Michigan general election ballot because of her interpretation of the state's "sore loser" law.
...
Even though the Libertarians already nominated Gary Johnson for President, he may not appear on Michigan's ballot in November. Secretary of State Ruth Johnson is interpreting Michigan law to prevent his name from being printed on the ballot for the general election. At issue is the Michigan "sore loser" law preventing a candidate from being on the ballot for two different parties during the same year. Johnson's name was on the ballot for the Michigan Republican Primary in February, so Ruth Johnson is declaring Gary Johnson ineligible to run as the Libertarian Party candidate in November. This is despite the precedent of John Anderson, who ran for President in 1980 as a Republican during the primary, then ran as an independent during the general election. Then Secretary of State Richard Austin allowed Anderson's name to appear on the November ballot. If the Secretary of State continues to refuse to allow Gary Johnson on the ballot, the Libertarian Party of Michigan will sue.

I descibed this situation to my wife, and she responded with exactly the same one word reaction that was on the tip of my tongue: "Petty!"  Yes, Dear, she is.

As for the Libertarian Party, it's no secret that I dislike their Objectivist wing and have a low opinion of the Paul-bearers among them, but I wish them luck in getting their preferred candidate on the ballot. They both deserve it and need it, especially with Michigan's partisan Supreme Court. Crossposted to Michigan Liberal.
Posted by Pinku-Sensei at 10:48 PM