Eric Kain at Forbes had an intriguing flight of fancy over at Forbes.


[W]hat if instead of Romney and Obama, the candidates were characters from the popular book series A Song of Ice and Fire and its HBO adaptation Game of Thrones?
...
[T]here are spooky parallels between the fictional series and the stranger-than-fiction political figures of our times.

As they say, a picture’s worth a thousand words…. 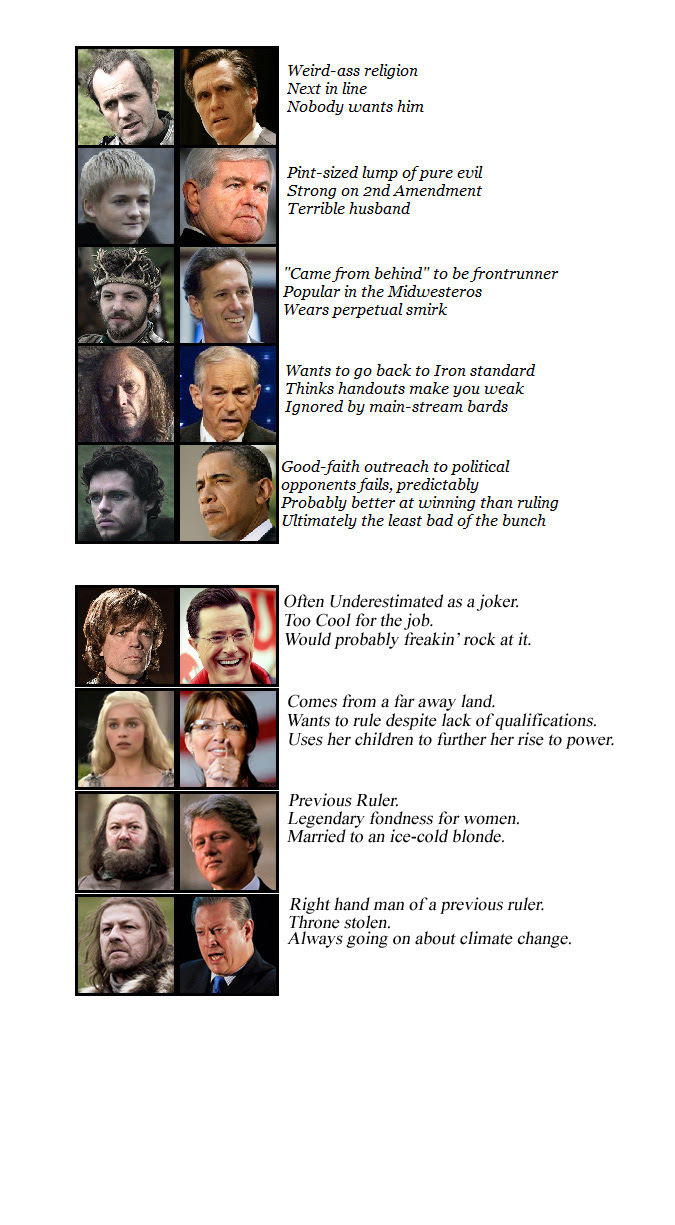 Kain's only complaint was that Circei was left out. He suggested that she should have been compared to Michelle Bachmann, except that Circei is merely power-mad, not delusional. For that trait to be highlighted, Madame Representative would have had to have been paired with Lysa Arryn who is quite batshit as her TVTropes description makes clear. Maybe Callista Gingrich would have made a better Circei.

As for today's song, the obvious choice would be the Game of Thrones theme, except that it has no lyrics. However, there is a filk version with quite appropriate lyrics. I'll post both of them.