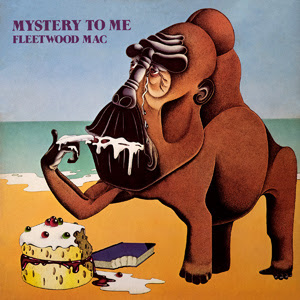 In third place with 393 pageviews and no comments* is U.S.-China EcoPartnerships: The CoDominion plans for sustainability from May 15, 2011.

I found the initial reception to this post to be disappointing, something I chronicled in the very first stand-alone weekly roundup.


Finally, the number one entry from the "back catalog" of the blog last week was U.S.-China EcoPartnerships: The CoDominion plans for sustainability, originally posted on May 15, 2011. I promoted it on Kunstler's blog the next day, and it was the least viewed of any of my promoted entries the week it was posted, which I found disappointing, as I thought it was well done and interesting news.

Here's the portion of the comment on Kunstler's blog in which I described the post, including what I thought was most interesting about it.


The U.S. and China held the third annual U.S.-China Strategic and Economic Dialogue. That event seemed to not even produce a blip on the mainstream media's radar. I had to find out about it by crusing through Purdue University's press releases, where the Boilermakers PR department crowed about how their institution of higher learning was selected for a U.S.-China EcoPartnership. I blogged about that story at Crazy Eddie's Motie News as U.S.-China EcoPartnerships: The CoDominion plans for sustainability, where I wrote:


If you want to see one vision of the future, that's it right there; the U.S. and China running the world together. That would be eerily appropriate, as the inspiration for this blog, "The Mote in God's Eye," takes place in the far future of Jerry Pournelle's CoDominion timeline. During the early part of that timeline, the Earth of the 21st Century is being ruled by the two major powers. Of course, in those stories, the powers are the US and USSR, but substituting China for the now-defunct USSR works just as well, if not better. ... Notice that it was the third annual U.S.-China Strategic and Economic Dialogue. That means that these conferences began in 2009, when the current administration took over. That may not continue in an adminstration run by a different party. One headed by what Kunstler calls "corn-pone fascists" might be less inclined to cooperate with China and more likely to fight with them. ... I'm glad the CoDominion is paying attention to the health of the planet. After all, if there is no environment, there is no society. If there is no society, there is no economy. If there is no economy, there are no politics or power. Those last two are what the CoDominion will really be about.

Jim may scoff at these agreements; after all, they're for a future that he doesn't see as likely to happen. Even so, one should be aware of what could happen in the other possibilities for our future, and who is planning for them.

Normally, featuring an entry like that results in lots of page views, but this time it got next to nothing. Instead, A flea in his ear never made a dent in the top ten referring URLs for the year. About the only lesson I learned from this experience was not to quote extensively from one of my posts so as to get people to read them at my blog. Other than that, I was completely flummoxed by the lack of interest in the post. It turned out that all I needed to do was wait, as the rest of the paragraph from the weekly roundup described.

That was on June 24th of last year. Since then, interest has just kept increasing, as the post now has 419 page views, nearly 30 more since the first anniversary of this blog. In fact, it has had nearly 100 views during the past month and nearly 200 during the past two months. As for why this has happened, I have no idea. My promoting of it was a signal failure and I know of no one who has linked to it. I also don't have a clue as to what search terms are bringing readers to it. I don't even know whose reading it. It's not the Chinese; China is not among the top ten countries with readers of my blog. The post's long-term success remains just as much a mystery to me as its initial failure.

Speaking of "mystery to me," there is a Fleetwood Mac album by that name. One of the songs on it is "Why." Between the titles of the song and album, it seems like the perfect piece of music for today's post.

Posts with The CoDominion tag

*This is the most read post of mine without any comments. More than 400 page views and no comments--really? Mystery to me!
Posted by Pinku-Sensei at 5:53 PM