Sustainability News Linkspam for the week ending May 21, 2011

It's time to take a break from libraries, Troy, and The Rapture and return to blogging about sustainability in a more conventional manner. Note I wrote "more," not "completely." I still classify all news items that are primarily scientific or technological under "Environment."

That written, here is the past week's sustainability news from Michigan's research universities. 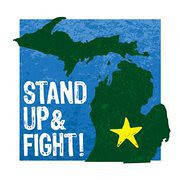 The following videos are updates to University of Michigan: U-M hosts U.S.-China conference on sustainable energy, water and transportation, which I included in U.S.-China EcoPartnerships: The CoDominion plans for sustainability.

I told you all I'd have more to write about The CoDominion.

The rest of this week's news after the jump.


University of Michigan: Cell phones helping to bridge the digital divide for low income teens, but online visits costly
May 18, 2011

ANN ARBOR, Mich.—Without Internet access at home, teens from low income households are more likely than their wealthier counterparts to use their cell phones to go online.

But those teens with the least money who are using their phones for Internet access are likely paying the most to get online, according to a new study by University of Michigan researchers.

U-M researchers Katie Brown, Scott Campbell and Rich Ling wrote the findings in an article recently published in a special issue of the journal Future Internet.

Yes, this is a weird one for "General Sustainability," but it is equal parts technology, society, and economy, so it fits best here.

Environment including Science and Technology


EAST LANSING, Mich. — Unless your steak was purchased from the farmer down the road, it can be hard to tell exactly where it came from, even if the sticker on the package says local.

Thanks to a new pilot program being conducted at Michigan State University, though, the day may soon be approaching where a quick barcode scan with a smart phone could tell the exact animal and farm where the steak originated.

Technology making it easier to see if one is eating local.

EAST LANSING, Mich. — Michigan State University researchers will use a $6 million grant to improve the sustainability of egg production in the United States.

The three-year grant, which was awarded by the Coalition for Sustainable Egg Supply and will be shared with the University of California, Davis, will study the sustainability of laying-hen housing and explore the interactions and trade-offs among food safety, worker safety, environmental impact, hen health and welfare and food affordability.

Information generated by the research is expected to help consumers and producers make objective, science-based decisions as the egg industry evolves in response to consumer needs and desires, said Janice Swanson, MSU’s director of animal welfare and professor of animal science.

“Our goal is to thoroughly understand the full range of sustainability factors,” she said. “We will examine seasonal shifts, bird lifecycles, bird health and behavior, environmental impacts, human health and other factors affecting the sustainability of the egg-production system.”

Sustainability was built right into this news item. It can't get any easier than that.

DETROIT - The Centers for Disease Control and Prevention (CDC) has announced that the June 2011 issue of Emerging Infectious Diseases, the CDC's monthly peer-reviewed public health journal, will feature work by researchers at Wayne State University and Henry Ford Health System who have identified antibiotic-resistant strains of the bacteria Staphylococcus aureus (S. aureus) - known as MRSA - in meat and poultry for sale in Metro Detroit grocery stores.

The group, led by Yifan Zhang, Ph.D., assistant professor of nutrition and food science in WSU's College of Liberal Arts and Sciences, and resident of Detroit, Mich., collected 289 samples of raw beef, chicken and turkey from local stores. Of those samples, 65 yielded S. aureus, a common type of bacteria that normally live on the skin and sometimes in the nasal passages of healthy people. Six of the samples were positive for MRSA, S. aureus strains that do not respond to some of the antibiotics used to treat Staph infections.

And back to how our food could be making us sick in ways most people don't even think about.

As you can see, this past week's news naturally followed a food theme.

Society including education and politics

BLOOMINGTON, Ind. -- Two Sustainability Course Development Fellowships have been awarded to Indiana University Bloomington faculty by the Office of the Vice Provost for Faculty and Academic Affairs.

"These two projects show the incredible range of topics and problems that are connected to sustainability," said Tom Gieryn, vice provost for faculty and academic affairs. "Professors Tucker and Shackelford should be commended for developing exciting courses that will give their students opportunities to wrestle with real-world problems of immense magnitude."

So it isn't from Michigan. It's still a good example of sustainability news.

University of Michigan: State board seeks input on education in Michigan
May 19, 2011

The University of Michigan is one of five locations chosen for an upcoming forum series the state Board of Education will hold over the next month to discuss education conditions, reforms and future direction.

Other sessions will be held in Grand Rapids, Clinton Township, Detroit and Mount Pleasant.
...
"The forum provides a terrific opportunity for all concerned about public education to come together to discuss the challenges facing Michigan. Parents, teachers, policymakers and citizens can attend a local meeting of the state board to listen and speak to elected officials about their concerns, right here at the university," said Deborah Loewenberg Ball, dean of the School of Education.

Education plays a signficant part in maintaining a sustainable, equitable society. It's also a major political flash point in Michigan. I should know. I was at a protest at the Capitol building yesterday over, among other things, cuts to education funding. I was also gather signatures to recall Governor Rick Snyder. I'll have more on that in another post.

LANSING, Mich. — Three of the world’s leading authorities on international transportation and trade are set to speak May 25 at Michigan State University’s 2011 CN Forum.

Jim Blanchard, former U.S. ambassador to Canada and former Michigan governor, will lead off the forum.

Warren Everson, senior policy vice president for the Canadian Chamber of Commerce, is the keynote speaker. He’ll be joined by economist Karen Phillips, CN Railway Co.’s vice president of public and government affairs initiatives in Canada and the U.S.
...
“This is a compelling lineup of exciting speakers,” said AnnMarie Schneider, interim Canadian Studies director. “Anyone with an interest in business, government and U.S.-Canadian relations will definitely want to attend.”

This one has just enough more economy than politics that I decided to place it here. I think it makes for a good transition.

EAST LANSING, Mich. — Despite living in the “epicenter of the Great Recession,” Michigan residents continue to do a poor job budgeting their money, according to a study by a Michigan State University economist who recommends major changes in consumer behavior and financial education.

Among Lisa D. Cook’s recommendations: Financial education should be incorporated into the existing math and economics curriculum in high school. This should include lessons on personal budgeting and decision-making based on trade-offs – if you want to spend money on a vacation, for example, what are you willing to give up?

“This conversation has to start a lot earlier,” said Cook, assistant professor in the Department of Economics and James Madison College. “We need to have this education because debt has gotten out of hand.”

This one also straddles the boundary between economy and society, but has the majority of its content on the economic side of the intersection. Again, this shows how much bleed through there one can always find in sustainability stories.

As for next month, I have my doubts. Maybe.