Good news about the Michigan economy

The Detroit Free Press had three postitive items about the Michigan economy in the past few days. Here they are in reverse chronological order with illustrations.

First, the unemployment rate for Michigan during February was revised down to 8.8%, the first time it's been below 9% since September 2008. Things are not great, as the article points out that Michigan's unemployment rate is still 0.5% higher than the national rate, there is still a mismatch between the needs of the labor force and the skills of the unemployed, and the combined rate of unemployment, underemployment, and discouraged workers is 16%. However, Michigan still has the best recovery of any of the 50 states, as shown by this graph from Calculated Risk posted earlier this month. 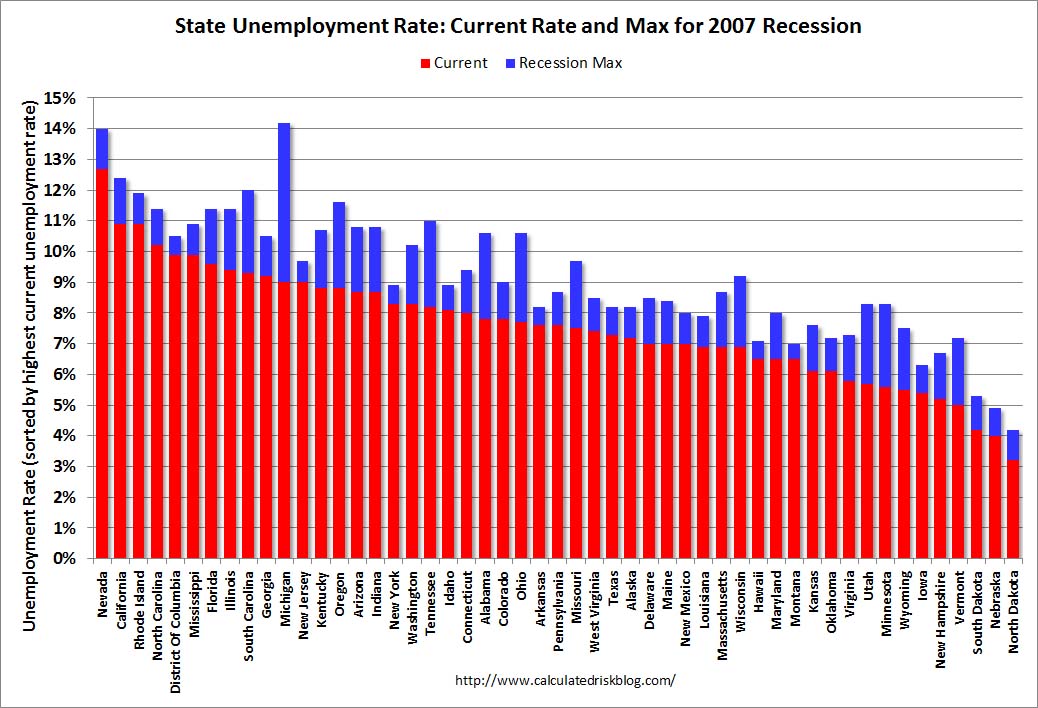 The more recent article at the Free Press highlights the strength of the manufacturing sector here, as well as the revival of the entrepreneurial spirit (I'm not seeing it, but I agree the area could use more small businesses). An earlier article also pointed out that construction seems to have stabilized as well, as the sector has lost only 2,000 jobs since this time last year and added 1,000 just last month.

Speaking of construction, it looks like metro Detroit home prices are continuing to stabilize and seem to be very slowly picking themselves off the floor, as they rose 1.7% compared to a year ago. Just the same, they're still down 31% from 2000 levels and off 5% from last August. The graph below from Calculated Risk shows that the decline from the 2006 peak has been even more marked at 46%. 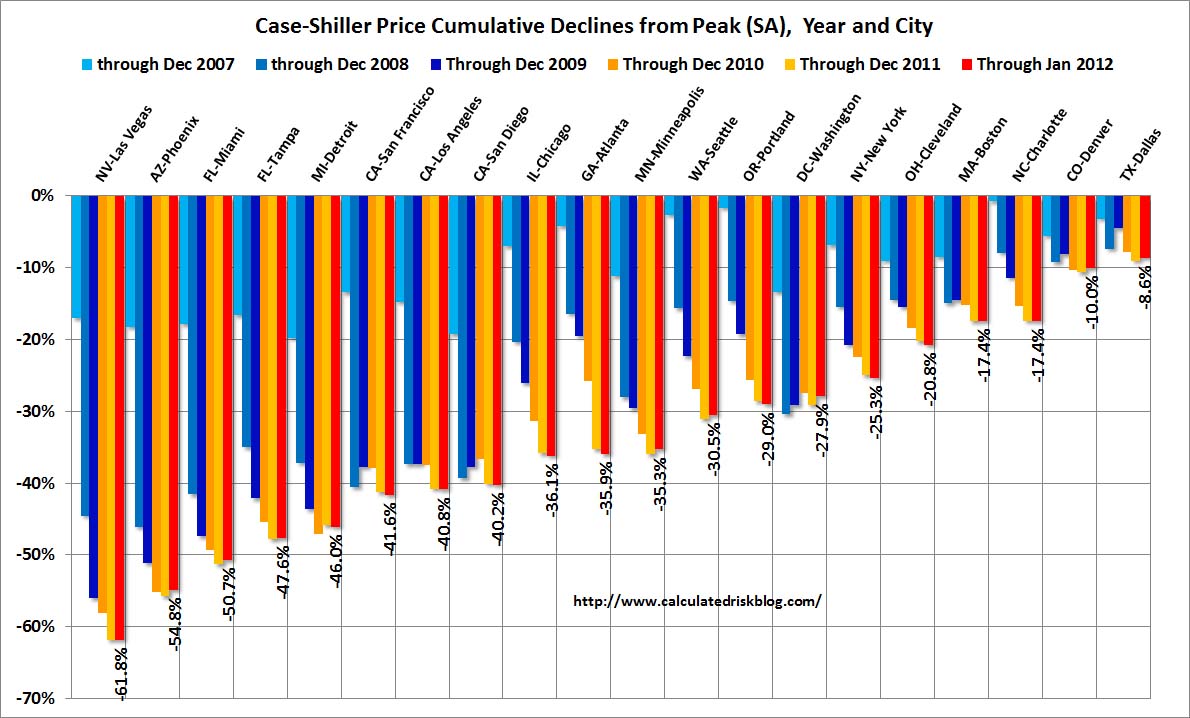 Still, between the improving employment picture and the bottoming of home prices, it would be a good time to buy a house--that is, if business as usual still applies. I'm not convinced these are business as usual times.


Finally, the mojo is returning to the state’s $17 billion tourism industry.

After a near-decade-long swoon, travel spending in the state jumped 7.8% last year – partly due to Michigan’s hot “Pure Michigan” branding and partly due to a rebounding economy.

This year, tourism spending should rise another 6%, according to a new Michigan State University tourism outlook report released today by MSU tourism researchers, who are speaking this morning at the Pure Michigan Governors Conference on Tourism here.

Tourism volume and prices in 2012 should rise 3%, the report forecasts, with strong showings statewide.

Tourism is the state’s third largest industry after manufacturing and agriculture.

I don't have a graph from Calculated Risk, but I do have this video from Pure Michigan.


As I sign off at Kunstler's blog, happy motoring--for now--from Detroit!
Posted by Pinku-Sensei at 12:35 PM