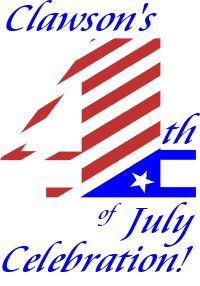 If all goes according to plan, I'll be celebrating the holiday by walking (not marching--I've done enough of that for a lifetime) in the Clawson 4th of July Parade with Lisa Brown. Yes, that Lisa Brown. The first time I wrote about her, I noted the following.


Not only could these draconian laws and the brouhaha over Brown and Byrum's words hurt the GOP, they could benefit Lisa Brown directly, as she is running for Oakland County Clerk. A wave of motivated voters could sweep her into office in November.

It convinced me to volunteer for her, and the first thing her campaign manager asked me to do was march alongside her in a parade. Here's to hoping my feet can take the 1.75 mile walk and that I don't collapse from the record heat, as WXYZ reports.


Concerns about impact of heat on the 4th of July festivities.

In other news, Happy 4th of July from James Howard Kunstler's Tea Party! has gone viral during the past few weeks, going from about 10 page views to more than 400, nearly 200 of them in the past day alone. It's now the fifth most read post in the history of this blog. If you haven't read it, check it out.
Posted by Pinku-Sensei at 1:52 AM