If you don't, maybe this will refresh your memory.

Paul Krugman made a point about how crazy he thought the Right had become in First, they came for the golf courses. There, he linked to the Think Progress article TX Sen Candidate Ted Cruz Spouts Paranoid Fantasy About United Nations/George Soros Conspiracy To Eliminate Golf. Yes, really.

As soon as I read the combination of George Soros, the United Nations, and eliminating golf courses, I knew I was dealing with someone who had bought into the paranoia about Agenda 21. I was right. The Think Progress article quoted a page from Ted Cruz's own website railing against Agenda 21, one with a title so precious that I have to reproduce it here: Stop Agenda 21: The Constitution should be our only "Agenda." I have to hand it to Cruz; that's the perfect framing for someone who wants to run with an anti-Agenda 21 plank.

As for what Cruz wrote about Agenda 21 eliminating golf, here's the section that Think Progress quoted (bolding theirs).


In 1992, the United Nations adopted Agenda 21 to "achieve a more efficient and equitable world economy," outlining a process to eliminate environmental decay and social injustice through micromanaging industries, communities, and culture. They will meet again next year to discuss its "progress" in over 100 nations.

The originator of this grand scheme is George Soros, who candidly supports socialism and believes that global development must progress through eliminating national sovereignty and private property. He has given millions to this project. But he is not the only one promoting this plan; in fact, the International Council of Local Environmental Initiatives (ICLEI) now consists of over 600 cities in the United States.

In other words, Cruz is one of the maniacs promising people can keep their cars, McMansions, and commutes this year.

With the Texas Republican Primary yesterday, Cruz is back in the news.
First, he made a cameo in the tip jar (author-posted first comment) of my diary Overnight News Digest: Science Saturday (Dragon docks with ISS edition) over at Daily Kos.

University of Texas at Austin: Dewhurst Would Face Runoff in Senate Race, Poll Finds
May 21, 2012


AUSTIN, Texas — If the 2012 Texas Republican primary election for the U.S. Senate were held today, Lt. Gov. David Dewhurst would fall short of the 50 percent needed to avoid a runoff election, according to a University of Texas at Austin/Texas Tribune poll.

When asked whom they would support if the 2012 Texas Republican primary election for U.S. Senator were held today, 40 percent of GOP primary voters named Dewhurst, followed by Cruz at 28 percent, and former Dallas mayor Tom Leppert at 15 percent. The leading candidate would need at least 50 percent of the vote to avoid a runoff election on July 31.

Dewhurst’s lead was even narrower among likely voters, leading Cruz 40 to 31 percent, with Leppert polling at 17 percent. Likely voters are defined by the survey as those who indicate an interest in politics and report voting in most elections (274 respondents in the survey sample said they intended to vote in the GOP primary and were also identified as likely voters).

How did that prediction turn out? Pretty close, actually.

Both Cruz and Dewhurst got a higher percentage of the vote cast than expected from the polls, mostly because people abandonded Leppert, but the margin was right between what the polls reported for registered and likely voters. Not bad.

The Associated Press by way of Huffington Post summarized the upshot of all this in "Ted Cruz, David Dewhurst Headed To July 31 Runoff: Texas Election Results 2012." The Texas Tribune reported that the Club for Growth was pleased with this result.


The Club for Growth is celebrating that the Republican race to replace U.S. Sen. Kay Bailey Hutchison has gone to a runoff, according to some news outlets including the Associated Press.

The group has made waves in recent weeks by spending heavily to influence GOP primaries in other states. The group has invested over $2.5 million over the last year in Texas, nearly all of it opposing Dewhurst.

Excuse me while I go "LOL, Chris Chocola." 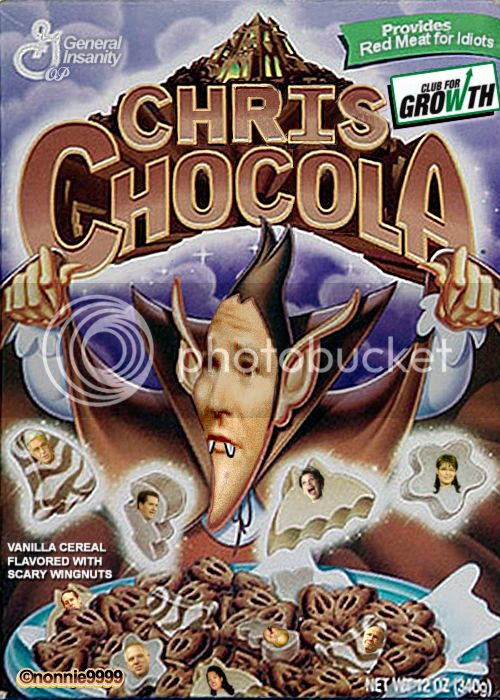 
Looks like I'm not done with blogging about politicians exploiting Agenda 21 paranoia, even after I said "Goodbye, Gingrich!"
Posted by Pinku-Sensei at 10:52 AM