Driving update for May 2012

Yesterday, my car's odometer turned over 212,000 miles. That's 1000 miles since the previous update this past February 3rd. That was 88 days ago, which means I drove an average of 11.4 miles per day. Multiplying by 30.5 days per month, that means I drove 347.7 miles per month. That's a lot more than my previous monthly average, but I didn't expect to maintain that average.

The two averages before that were 10 miles per day and 305 miles per month following 10.1 miles per day and 308 miles per month. Even though I drove more the past three months than I had during any comparable period during the past year and a half, it's still much less than I was driving before I moved into Oakland County. As I once quoted a Forbes article, "the most fuel-efficient vehicle is a moving van."

Consequently, I'm continuing to contribute to both the long-term decrease and short-term increase in miles driven as the following graph from Calculated Risk shows 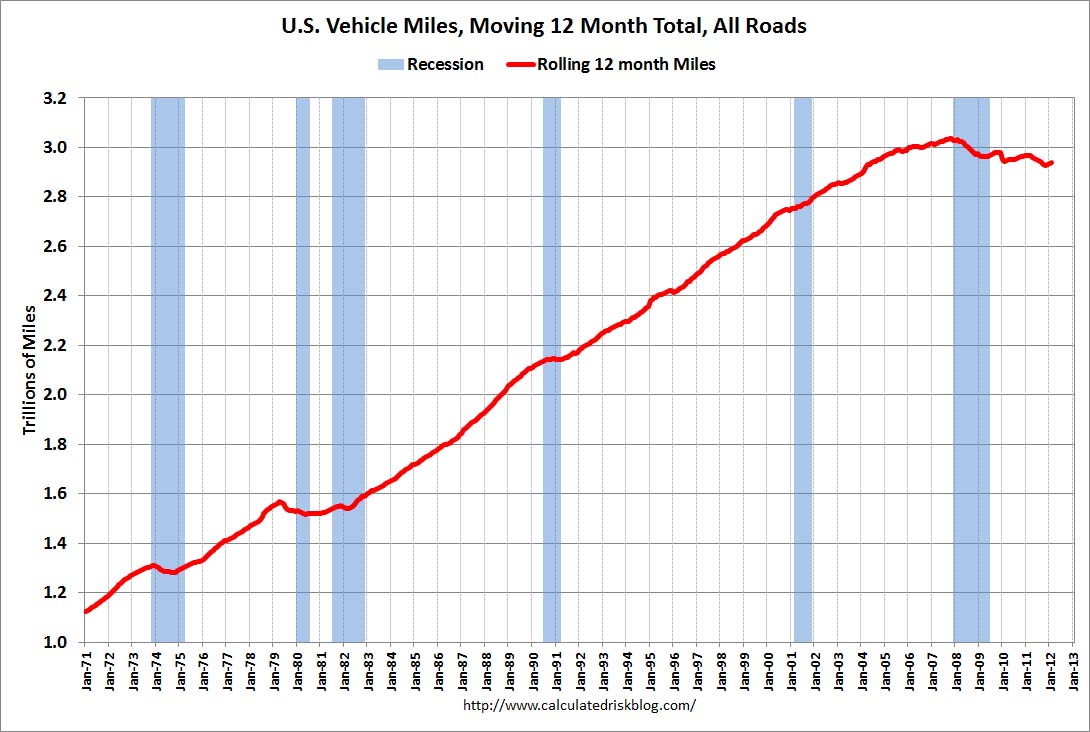 An even more startling version of this graph was posted by peristaltor on LiveJournal two days ago. It's an update of a graph I reposted in Miles driven adjusted for driving age population

As I wrote last November, it mimics the classic peak oil graph. Peak driving, anyone?

Eddie Rabbit, play us off please with "Driving My Life Away!