Two videos today, the first silly and the second serious. As one might expect, the silly one is from Next Media Animation.

To protest SOPA (Stop Online Piracy Act), Wikipedia, Reddit, Boing Boing and other sites are shutting down for a day on January 18th. The blackout seeks to educate the public about SOPA, which opponents say will "break the internet."

As hard as it is to go a whole day without Reddit or the cute animals of the Cheezeburger network, the site participating in the blackout with the biggest impact is likely to be Wikipedia. Tens of millions of people around the world check Wikipedia daily for fast information for free. Wikipedia founder Jimmy Wales warned students with a tweet: "Student warning! Do your homework early. Wikipedia protesting bad law on Wednesday! #sopa."

As the backlash against SOPA continues, Congress actually announced that the bill will be shelved. However, activists are adamant that the blackout will go ahead, in case SOPA makes a comeback, either on its own, or as PIPA, or the Protect IP Act.

Now the serious one, which is from Russia Today.

The world's most popular online encyclopedia, Wikipedia, is going on strike on Wednesday. The "knowledge blackout" is aimed at protecting the Internet - and the website's very existence -- from online censorship.
The Wikipedia community and the Wikimedia foundation decided on a global blackout of the English version of the website for 24 hours starting at 05:00 UTC on January 18.

For more, read SOPA opponents gaining momentum; Wikipedia, Google join protest on MSNBC and Wikipedia to go dark Wednesday on Daily Kos. To sign a petition, there's one at Progressive Change Campaign Committee. I'm staying off this blog for the rest of the day. In fact, I'm not really on the blog today, as I programmed this post in advance the night before. If you're wondering what I'll be doing instead, check out the macro below. 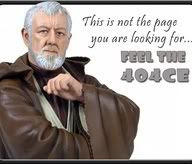