Both authors see the main conflict of the near future as one between a global plutocracy and the rest of us. This is remarkable because they are from opposite ends of the political spectrum. First, Matt Taibbi, who concluded Greed and Debt: The True Story of Mitt Romney and Bain Capital with this prediction.


Romney, on the other hand, is a perfect representative of one side of the ominous cultural divide that will define the next generation, not just here in America but all over the world. Forget about the Southern strategy, blue versus red, swing states and swing voters – all of those political clichés are quaint relics of a less threatening era that is now part of our past, or soon will be. The next conflict defining us all is much more unnerving.

That conflict will be between people who live somewhere, and people who live nowhere. It will be between people who consider themselves citizens of actual countries, to which they have patriotic allegiance, and people to whom nations are meaningless, who live in a stateless global archipelago of privilege – a collection of private schools, tax havens and gated residential communities with little or no connection to the outside world.

Thanks to author Robert Frank, I have a name for this archipelago--Richistan. Bloomfield Hills is a island in the archipelago. So is Park City, Utah, and parts of the west side of Los Angeles. I'm familiar with all of them, but those are stories for another time.


Mitt Romney isn't blue or red. He's an archipelago man. That's a big reason that voters have been slow to warm up to him. From LBJ to Bill Clinton to George W. Bush to Sarah Palin, Americans like their politicians to sound like they're from somewhere, to be human symbols of our love affair with small towns, the girl next door, the little pink houses of Mellencamp myth. Most of those mythical American towns grew up around factories – think chocolate bars from Hershey, baseball bats from Louisville, cereals from Battle Creek. Deep down, what scares voters in both parties the most is the thought that these unique and vital places are vanishing or eroding – overrun by immigrants or the forces of globalism or both, with giant Walmarts descending like spaceships to replace the corner grocer, the family barber and the local hardware store, and 1,000 cable channels replacing the school dance and the gossip at the local diner.

Obama ran on "change" in 2008, but Mitt Romney represents a far more real and seismic shift in the American landscape. Romney is the frontman and apostle of an economic revolution, in which transactions are manufactured instead of products, wealth is generated without accompanying prosperity, and Cayman Islands partnerships are lovingly erected and nurtured while American communities fall apart. The entire purpose of the business model that Romney helped pioneer is to move money into the archipelago from the places outside it, using massive amounts of taxpayer-subsidized debt to enrich a handful of billionaires. It's a vision of society that's crazy, vicious and almost unbelievably selfish, yet it's running for president, and it has a chance of winning. Perhaps that change is coming whether we like it or not. Perhaps Mitt Romney is the best man to manage the transition. But it seems a little early to vote for that kind of wholesale surrender.

That Taibbi would write this should come as no surprise; the man has been muckraking the rich and powerful for years from a decidedly left-leaning perspective.*

What is a surprise is that Mike Lofgren, a former Republican congressional staffer with impeccable conservative credentials, says very much the same thing and got it published in The American Conservative as The Revolt of the Rich. He opens his piece with this retrospective.


At the end of the Cold War many writers predicted the decline of the traditional nation-state. Some looked at the demise of the Soviet Union and foresaw the territorial state breaking up into statelets of different ethnic, religious, or economic compositions. This happened in the Balkans, the former Czechoslovakia, and Sudan. Others predicted a weakening of the state due to the rise of Fourth Generation warfare and the inability of national armies to adapt to it. The quagmires of Iraq and Afghanistan lend credence to that theory. There have been numerous books about globalization and how it would eliminate borders. But I am unaware of a well-developed theory from that time about how the super-rich and the corporations they run would secede from the nation state.

I do not mean secession by physical withdrawal from the territory of the state, although that happens from time to time—for example, Erik Prince, who was born into a fortune, is related to the even bigger Amway fortune, and made yet another fortune as CEO of the mercenary-for-hire firm Blackwater, moved his company (renamed Xe) to the United Arab Emirates in 2011. What I mean by secession is a withdrawal into enclaves, an internal immigration, whereby the rich disconnect themselves from the civic life of the nation and from any concern about its well being except as a place to extract loot.

There may not have been well-developed theories in the social sciences to that effect in 1993, but science fiction was already on the case. Snow Crash, published in 1992, described just such a society in the early 21st Century. From the Wikipedia entry.


The story begins and ends in Los Angeles, which is no longer part of what is left of the United States. The time is not clearly specified but internal references are consistent with a date in the early 21st century. In this hypothetical reality, the federal government of the United States has ceded most of its power to private organizations and entrepreneurs. Franchising, individual sovereignty and private vehicles reign (along with drug trafficking, violent crime, and traffic congestion). Mercenary armies compete for national defense contracts while private security guards preserve the peace in gated, sovereign housing developments. Highway companies compete to attract drivers to their roads rather than the competitors', and all mail delivery is by hired courier. The remnants of government maintain authority only in isolated compounds where they transact tedious make-work that is, by and large, irrelevant to the dynamic society around them.

Much of the territory ceded by the government has been carved up into sovereign enclaves, each run by its own big business franchise (such as "Mr. Lee's Greater Hong Kong") or the various residential burbclaves (suburban enclaves). This arrangement resembles anarcho-capitalism, a theme Stephenson carries over to his next novel The Diamond Age.

Welcome to the cyberpunk future.

Back to Lofgren, who should have been reading science fiction for an idea of the post-Cold-War future.


Our plutocracy now lives like the British in colonial India: in the place and ruling it, but not of it. If one can afford private security, public safety is of no concern; if one owns a Gulfstream jet, crumbling bridges cause less apprehension—and viable public transportation doesn’t even show up on the radar screen. With private doctors on call and a chartered plane to get to the Mayo Clinic, why worry about Medicare?

Being in the country but not of it is what gives the contemporary American super-rich their quality of being abstracted and clueless. Perhaps that explains why Mitt Romney’s regular-guy anecdotes always seem a bit strained.

Ah, yes, Mitt Romney. His presence seems to be the catalyst for these analyses, as he embodies the global rich.

Lofgren sounds a more dire warning than Taibbi, who sees this as the conflict of the future. Lofgren thinks that the future is now.


But in globalized postmodern America, what if this whole vision about where order, stability, and a tolerable framework for governance come from, and who threatens those values, is inverted? What if Christopher Lasch came closer to the truth in The Revolt of the Elites, wherein he wrote, “In our time, the chief threat seems to come from those at the top of the social hierarchy, not the masses”? Lasch held that the elites—by which he meant not just the super-wealthy but also their managerial coat holders and professional apologists—were undermining the country’s promise as a constitutional republic with their prehensile greed, their asocial cultural values, and their absence of civic responsibility.

Lasch wrote that in 1995. Now, almost two decades later, the super-rich have achieved escape velocity from the gravitational pull of the very society they rule over. They have seceded from America. 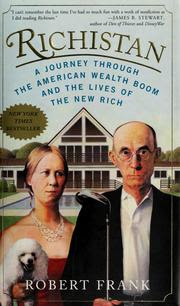 *Taibbi has more to say about Romney and his wealth. In particular, he has a very succinct take-down of what Bain Capital did to KB Toys.  I plan on excerpting that in a future entry.
Posted by Pinku-Sensei at 10:17 AM