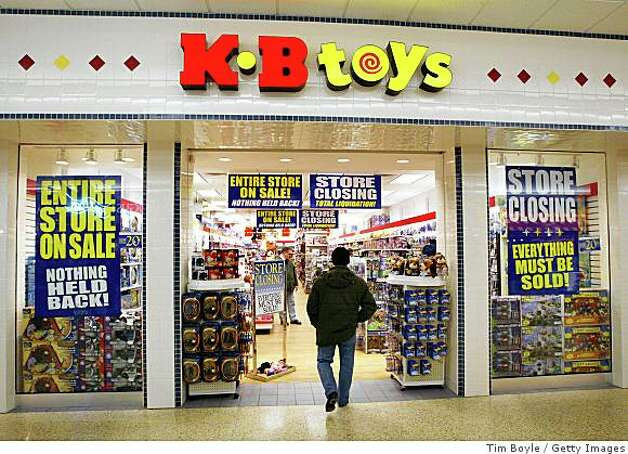 I concluded Matt Taibbi and Mike Lofgren are on the same page about the global rich with this programming note.


Taibbi has more to say about Romney and his wealth. In particular, he has a very succinct take-down of what Bain Capital did to KB Toys. I plan on excerpting that in a future entry.

Since the election will be over in a few hours, making this story much less newsworthy, and Bain's mismanagement of KB Toys has been a pet peeve of mine, it's time to post this before it turns into a pumpkin. Follow over the jump for the relevant excerpt from Greed and Debt: The True Story of Mitt Romney and Bain Capital.


"I'm not a Romney guy, because I'm not a Bain guy," says Lenny Patnode, in an Irish pub in the factory town of Pittsfield, Massachusetts. "But I'm not an Obama guy, either. Just so you know."

I feel bad even asking Patnode about Romney. Big and burly, with white hair and the thick forearms of a man who's stocked a shelf or two in his lifetime, he seems to belong to an era before things like leveraged debt even existed. For 38 years, Patnode worked for a company called KB Toys in Pittsfield. He was the longest-serving employee in the company's history, opening some of the firm's first mall stores, making some of its canniest product buys ("Tamagotchi pets," he says, beaming, "and Tech-Decks, too"), traveling all over the world to help build an empire that at its peak included 1,300 stores. "There were times when I worked seven days a week, 16 hours a day," he says. "I opened three stores in two months once."

Then in 2000, right before Romney gave up his ownership stake in Bain Capital, the firm targeted KB Toys. The debacle that followed serves as a prime example of the conflict between the old model of American business, built from the ground up with sweat and industry know-how, and the new globalist model, the Romney model, which uses leverage as a weapon of high-speed conquest.

In a typical private-equity fragging, Bain put up a mere $18 million to acquire KB Toys and got big banks to finance the remaining $302 million it needed. Less than a year and a half after the purchase, Bain decided to give itself a gift known as a "dividend recapitalization." The firm induced KB Toys to redeem $121 million in stock and take out more than $66 million in bank loans – $83 million of which went directly into the pockets of Bain's owners and investors, including Romney. "The dividend recap is like borrowing someone else's credit card to take out a cash advance, and then leaving them to pay it off," says Heather Slavkin Corzo, who monitors private equity takeovers as the senior legal policy adviser for the AFL-CIO.

Bain ended up earning a return of at least 370 percent on the deal, while KB Toys fell into bankruptcy, saddled with millions in debt. KB's former parent company, Big Lots, alleged in bankruptcy court that Bain's "unjustified" return on the dividend recap was actually "900 percent in a mere 16 months." Patnode, by contrast, was fired in December 2008, after almost four decades on the job. Like other employees, he didn't get a single day's severance.

I ask Slavkin Corzo what Bain's justification was for the giant dividend recapitalization in the KB Toys acquisition. The question throws her, as though she's surprised anyone would ask for a reason a company like Bain would loot a firm like KB Toys. "It wasn't like, 'Yay, we did a good job, we get a dividend,'" she says with a laugh. "It was like, 'We can do this, so we will.' "

At the time of the KB Toys deal, Romney was a Bain investor and owner, making him a mere beneficiary of the raping and pillaging, rather than its direct organizer. Moreover, KB's demise was hastened by a host of genuine market forces, including competition from video games and cellphones. But there's absolutely no way to look at what Bain did at KB and see anything but a cash grab – one that followed the business model laid out by Romney. Rather than cutting costs and tightening belts, Bain added $300 million in debt to the firm's bottom line while taking out more than $120 million in cash – an outright looting that creditors later described in a lawsuit as "breaking open the piggy bank." What's more, Bain smoothed the deal in typical fashion by giving huge bonuses to the company's top managers as the firm headed toward bankruptcy. CEO Michael Glazer got an incredible $18.4 million, while CFO Robert Feldman received $4.8 million and senior VP Thomas Alfonsi took home $3.3 million.

And what did Bain bring to the table in return for its massive, outsize payout? KB Toys had built a small empire by targeting middle-class buyers with value-priced products. It succeeded mainly because the firm's leaders had a great instinct for what they were making and selling. These were people who had been in the specialty toy business since 1922; collectively, they had millions of man-hours of knowledge about how the industry works and how toy customers behave. KB's president in the Eighties, the late Saul Rubenstein, used to carry around a giant computer printout of the company's inventory, and would fall asleep reading it on the weekends, the pages clasped to his chest. "He knew the name and number of all those toys," his widow, Shirley, says proudly. "He loved toys."

Bain's experience in the toy industry, by contrast, was precisely bupkus. They didn't know a damn thing about the business they had taken over – and they never cared to learn. The firm's entire contribution was $18 million in cash and a huge mound of borrowed money that gave it the power to pull the levers. "The people who came in after – they were never toy people," says Shirley Rubenstein. To make matters worse, former employees say, Bain deluged them with requests for paperwork and reports, forcing them to worry more about the whims of their new bosses than the demands of their customers. "We took our eye off the ball," Patnode says. "And if you take your eye off the ball, you strike out."

In the end, Bain never bothered to come up with a plan for how KB Toys could meet the 21st-century challenges of video games and cellphone gadgets that were the company's ostensible downfall. And that's where Romney's self-touted reputation as a turnaround specialist is a myth. In the Bain model, the actual turnaround isn't necessary. It's just a cover story. It's nice for the private equity firm if it happens, because it makes the acquired company more attractive for resale or an IPO. But it's mostly irrelevant to the success of the takeover model, where huge cash returns are extracted whether the captured firm thrives or not.

"The thing about it is, nobody gets hurt," says Patnode. "Except the people who worked here."

As for the punchline, this macro says it all.