Earlier this afternoon, my car's odometer rolled over 214,000 miles, another 1000 miles since the previous update in August, 87 days ago. That means I drove 11.5 miles a day and 350.6 miles a month during that interval. That's 1.2 miles/day and 39.2 miles/month more than the 10.3 miles/day and 311.4 miles/month I drove during the three months between my August and May updates. However, it compares well to the 11.4 miles/day and 347.7 miles/month I drove between February and May of this year. Welcome to the regular academic year, when I drive more to attend meetings.

Other factors were involved as well. On the one hand, I had some surgery that prevented me from walking any significant distance from the end of August to the middle of October. That meant that I drove the 1.5 mile round trip to the nearest grocery store instead of walking there. Also, there was no food at my primary workplace for two of the past three months. That meant that if I didn't pack a meal, I had to drive two miles round trip for lunch. Those factors increased my driving. Since I didn't end up driving that much more than I did the last three months of the previous semester, I must also have done something to reduce my driving as well. Not really.


I did drive some in New Jersey, but that was in my wife's car, which I don't monitor for mileage the way I do my own.

I drove my wife's car for a couple of weeks in August and September, so my total driving was even higher.

While I'm on the subject of my wife's car, it also passed a milestone this past August--83,000 miles on August 13th. As of this afternoon, it had barely reached halfway to 84,000 miles.  I'll do my best to keep track of the miles driven on it as well from now on.

Between the two cars and their drivers, my family contributed to the monthy change since last month's meta update: Vehicle Miles Driven increased 1.2% in August. Here's the graph. 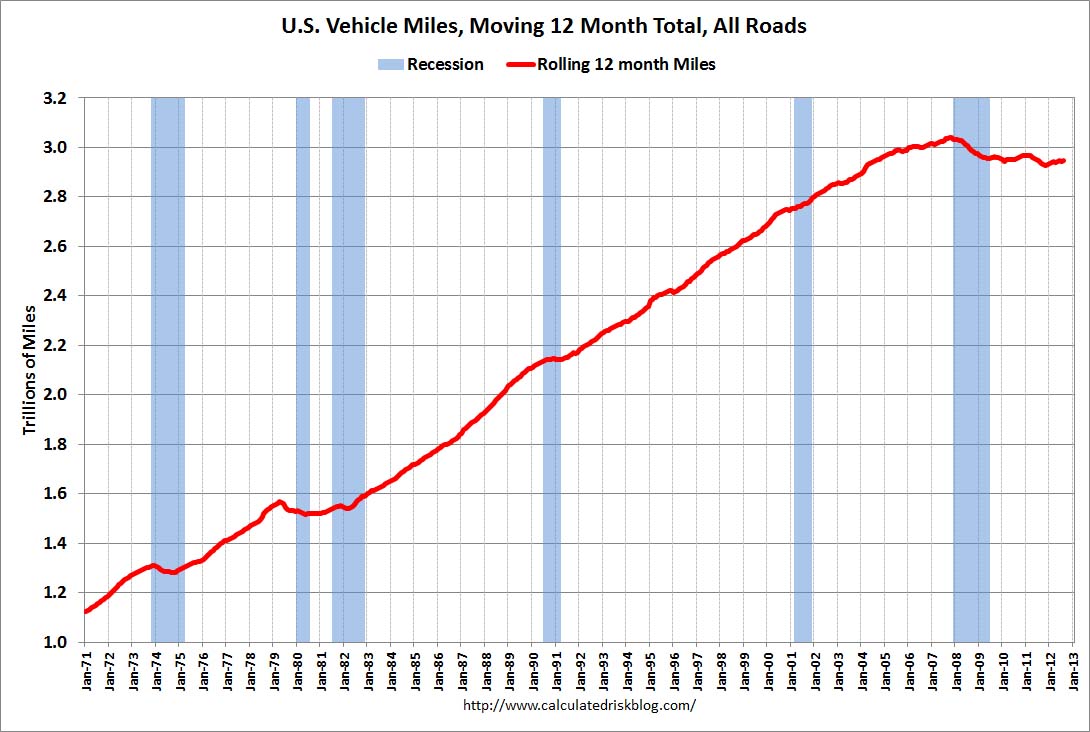 On the subject of keeping track of things, since the last update on the gas price rollercoaster, the price at the corner station dropped within the week to $3.37, even lower than it was at the end of June, which was the previous low. It's remained there for the past two weeks. It's taken the rest of the stations around here more than a week to approach its price, resulting in the average price of gas in Metro Detroit to decrease slowly. Time to use the taunting macro one last time before the election.