Rogers and Upton join Walberg, Bentivolio, and Benishek among those in trouble 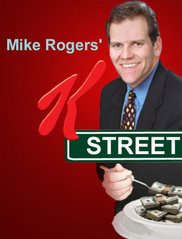 At my blog, I excerpted from my Examiner.com article Walberg losing to generic Democrat by nine percent: poll.


This morning, MoveOn.org released the results of a poll it commissioned, one that contains bad news for U.S. Representative Tim Walberg, who represents rural northern, western, and southern Washtenaw County in the U.S. House of Representatives as part of the Seventh District.  The poll, conducted by Public Policy Polling, showed that Walberg would lose an election held today to a generic Democratic challenger by nine percentage points, 51% to 42%, after poll respondents were told he supported the federal government shutdown.

In addition to Walberg, both Dan Benishek (MI-01) and Kerry Bentivolio (MI-11) were the other two Michigan Representatives among the twenty-one whose seats were at risk of being lost next year.

Yesterday morning, MoveOn and PPP posted More Republican House Seats in Jeopardy on Scribd, which showed that two more Michigan Representatives, Fred Upton (MI-06) and Mike Rogers (MI-08) could lose their seats next year.  Follow over the jump for the details.


Twelve new surveys conducted this week in GOP-held House districts indicate that an even greater number of Republican incumbents are in danger of being voted out of office next year thanks to the government shutdown.

Public Policy Polling has now surveyed a total of 36 House districts in two weeks, and the results show Republican incumbents are in serious danger in 29 out of the 36.
...
The districts surveyed this week in which a generic Democratic challenger leads prior to any information being provided about the shutdown are:

The additional districts in which a generic Democratic challenger leads after voters are told the Republican incumbent supported a shutdown are:

The districts in which the incumbent Republican leads throughout the survey are:

MoveOn has a map showing all of the Republican representatives who could lose next year here.

I had no idea Upton was in such trouble, bad enough that the shutdown didn't matter much.  As for Rogers, the shutdown could make all the difference between his keeping his seat and losing it next election.  So much for him as Pac-Man!

Visit NBCNews.com for breaking news, world news, and news about the economy

Crossposted to Michigan Liberal and Daily Kos.
Posted by Pinku-Sensei at 12:43 AM