Driving update for October 2013: My car and gas prices

Once again, my car rolled over another 1000 miles today (yesterday by the time it posts) to reach 218,000 miles in the ten years I've owned the car.*  That makes 84 days since the last time my car passed another 1000 miles.  Since the previous update, I've driven 11.90 miles/day and 363.10 miles/month.  That's 0.45 miles/day and 13.4 miles/month less than the 12.35 miles/day and 376.5 miles/month I had driven before the latest driving update.  I guess the combination of decreased driving because of no off-site meetings and increased walking because of no meetings was more than enough to offset the slightly increased driving because I had to go off-site for food.

While my miles were down this quarter, they were up in July from April, which meant that I helped contribute to vehicle miles driven increasing 1.6% in July.  Here is the graph from Calculated Risk. 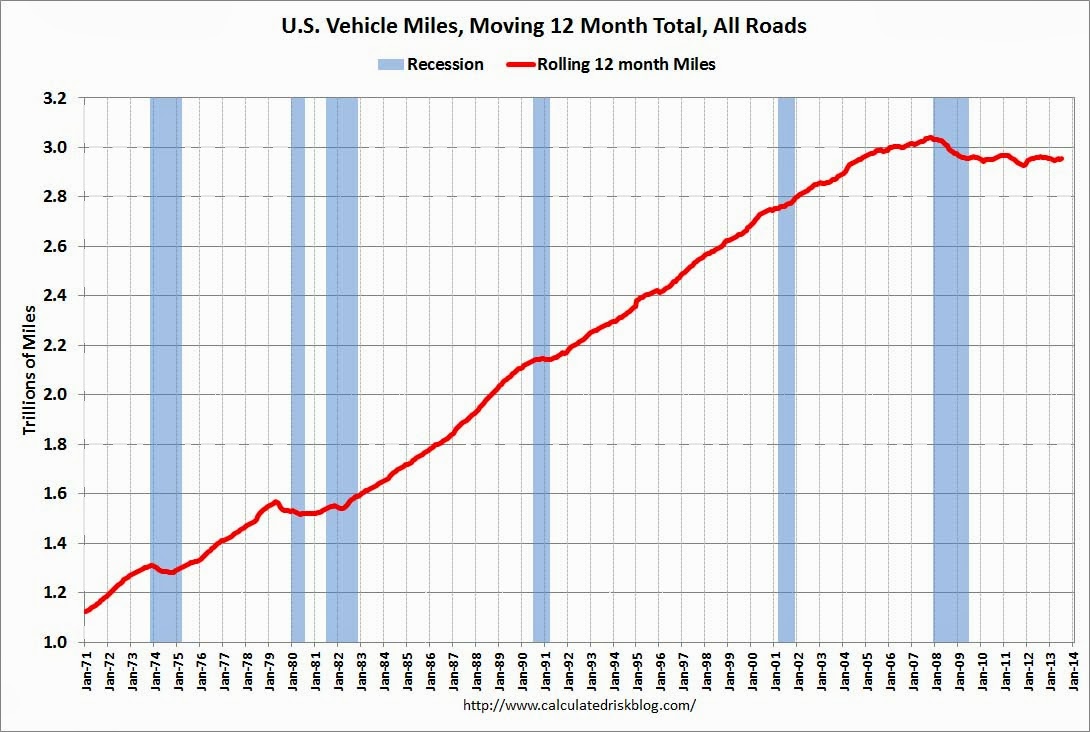 In other driving related news, the price of regular at the corner station dropped to $3.36 Monday while the three stations down the street held steady at $3.39, where they were at the time of the previous report, when I promised to fill up both cars.  I did, my wife's on Saturday and mine on Sunday.  The corner station is still selling gas at that price, but I don't know if the three other neighborhood stations have joined it.  Just the same, the sound you hear is that of continued sliding.

*Yes, I bought this car in October 2003.  I have a story about that, but I'll save it for the next report, along with why I named my car Yuki.  Stay tuned.
Posted by Pinku-Sensei at 12:01 AM