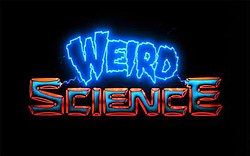 In Religion news from campuses on the campaign trail, I promised I'd be posting scary and silly material for Halloween.  Time to follow through with some weird science that is scary whether it were true or not--scary if true because it would mean a legendary monster really exists, but scary because it doesn't and people still believe in it.  That means it's also really silly.

With no further ado, I present two items from Overnight News Digest on Daily Kos about yetis in both Asia and America.

The Daily Telegraph (UK): 'Yeti lives': Abominable Snowman is 'part polar bear and still roams the Himalayas'
Research by an University of Oxford scientist has found a genetic match between an ancient polar bear and samples said to come from the Yeti - suggesting the creature known as the Abominable Snowman is still living in the Himalayas
By Jasper Copping


It is one of the world’s most enduring mysteries, attracting both curiosity and fear.

Now, a British scientist may have finally solved the riddle of the yeti, the fabled apelike creature said to inhabit the upper ranges of the Himalayas.

Research by Professor Bryan Sykes, a geneticist from the University of Oxford, has not only uncovered a genetic match between samples thought to come from the elusive creature and another that lived more than 40,000 years ago, but also suggests the beast is still roaming the mountains.

Yeah, dude, it means your yeti specimen is a bear, not an ape.  It's an unusual bear, but it's still a bear.  Also, I'm surprised that this article isn't from The Daily Fail Mail.

Next, an article that doesn't hyperventilate from unwarranted credulity.


Bigfoot is making a big stink on the Internet this week.

First, a crack team of veterinarians and scientists regurgitated a press release claiming that they had DNA evidence of Bigfoot's existence. That "evidence" was and likely still is bogus.

But are these photos real?

I'll go to Ambassador Vreenak for his opinion.  Ambassador?


Thank you, that's what I think, too.

Happy Halloween!
Posted by Pinku-Sensei at 12:11 AM