Last night, my car Yuki turned over 221,000 miles just before I pulled her into my driveway, which is where her odometer sits right now.  That means it's time to update my miles driven since Driving update for April 2014: Yuki.

It turns out that I'm bucking the national trend, which Calculated Risk reported was Vehicle Miles Driven increased 1.8% year-over-year in April. 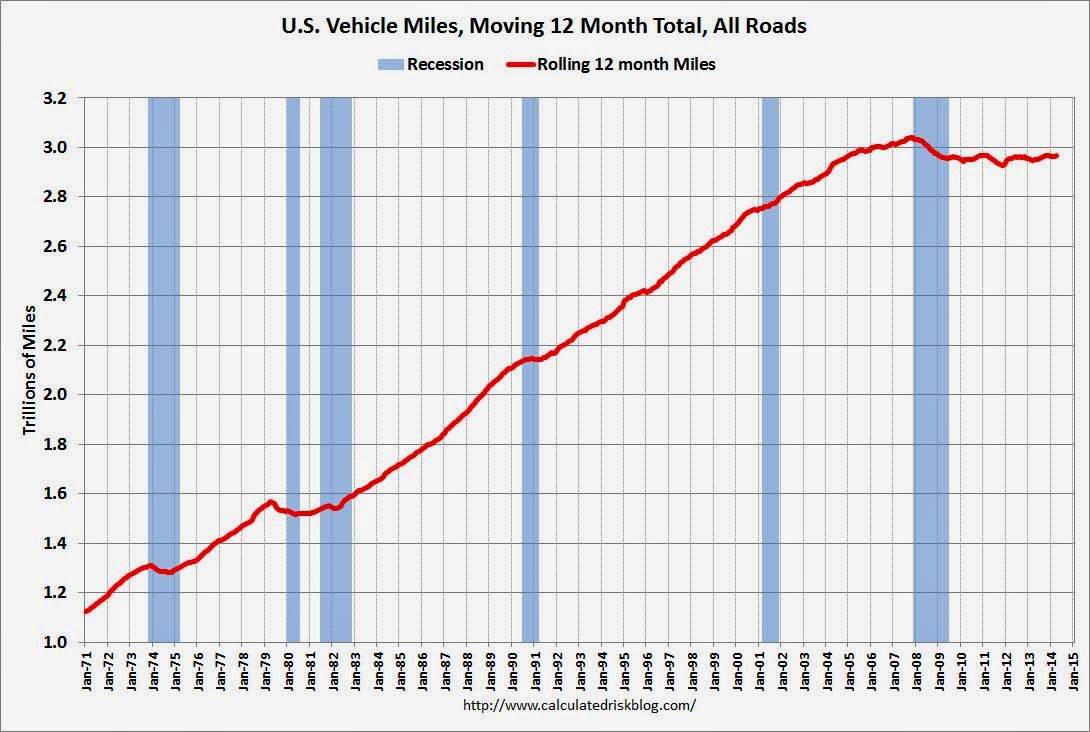 People may be driving more than last year, but peak driving still happened in December 2007.

Finally, the July 2013 update was exactly a year ago, so I can calculate miles per year, month, and day much more precisely.  I drove 4,000 miles in exactly one year and averaged 333.33 miles/month and 10.96 miles/day.  Now I have to go back and estimate the miles per year from July to July for the two years before that.  Later.  I have to drive to work.
Posted by Pinku-Sensei at 10:21 AM