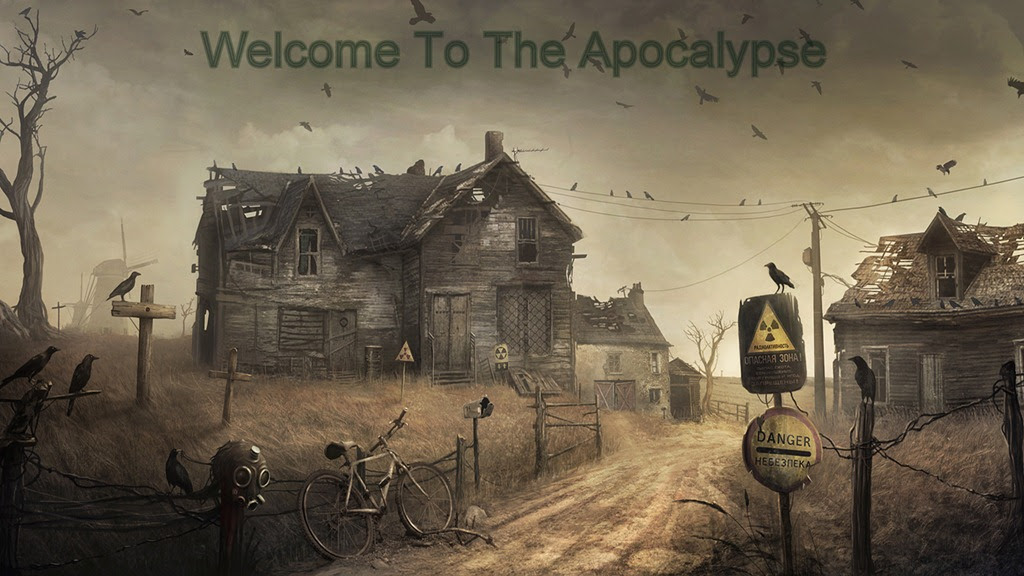 I concluded yesterday's Politics of the World Cup with a promise.


I'll cover the more obviously post-apocalyptic entertainment news later.  If nothing else, I can link to what other bloggers have to say about all of the TV shows and movies that are out or being promoted right now.

It's later, although later than I expected.  My wife and I got lost in a marathon of "Lost" on Netflix* while I was simultaneously correcting papers, so I didn't blog last night.  Hey, priorities.

On that note, follow over the jump for links to what other bloggers are writing about "The Hunger Games: Mockingjay," "The Leftovers," and "Transformers: Age of Extinction."


Vox being a political site, it noted a historical political echo in the speech.


One of our readers pointed out to us that the trailer also includes a reference to George Wallace, an American politician, a segregationist, and former governor of Alabama.  In the trailer, President Snow says, "Panem today, Panem tomorrow, Panem forever," (the phrase also appears in the book) which is similar to Wallace's inaugural speech in January of 1963, when Wallace said...segregation today ... segregation tomorrow ... segregation forever."

The post concludes by noting that Wallace's speech is considered to be "one of the darkest and most damaging speeches in American history."


Promotion for the final installment of The Hunger Games franchise has begun.

"Ours is an elegant system. We seek to nourish and protect," Snow ominously addresses the camera. "The capitol is the beating heart. Your hard work feeds us, and in return, we feed and protect you. But if you resist the system, you starve yourself. If you fight against it, it is you who will bleed." Peeta then stares right into the camera at the last second.

Next, Doctor RJ on Daily Kos presented 'Thou great first cause, least understood' by Doctor RJ--a review of "The Leftovers."  The show is so dark that my wife and I decided not to watch it after the first episode.  The people in the show (and based on RJ's review, the book) have such a nihilistic response to the event that we couldn't even get grim satisfaction out of watching it.  Based on our response, it's probably better that one read the review on Daily Kos instead of my grumblings about the show.


Films must resonate with our hopes, fears, and visions  to gain an audience . “Transformers: Age of Extinction” does this effectively, and terrifyingly. Film reviewers hated it with good reason, since it’s schlock. A ramshackle plot moved by stilted dialog. But the big opening box office proves that it mirrors things in our minds. Some things too disturbing to discuss, but can be seen in fiction...

“Transformers: Age of Extinction” is a horror film. I refer not to the endless jumbled scenes of giant robots boxing and shooting one another, but to overall context of the film’s events. It shows us a world in some ways like our own, exaggerating aspects of America we prefer not to see. Michael Bay plays America’s court jester, saying for entertainment what serious people dare not mention.

Speaking of Bay speaking truth through entertainment, Ezra Klein of Vox got the message and repeated it in Transformers 4 is a master class in economics.


Over the course of 166 minutes — long for a film, sure, but short for a graduate-level econ seminar — Bay destroys economic shibboleths as if they were a major metropolitan area concealing the Autobots from Lockdown. His lessons are pitiless: inequality will keep rising, job security will keep falling, and American companies will contort themselves into all kinds of embarrassing positions to suck up to China.

And Michael Bay will keep making all of the money because he understands the changing economy much, much better than you do.

Klein then re-states his points as "The real money is in owning machines," "Human workers are dispensable," and "American companies will suck up to China."  If I didn't know better, I'd say that Klein has been reading the Hipcrime Vocab.

*She didn't watch "Lost" when it was on the air and I stopped after the first season, not because it was bad, but because I burned out my VCR and couldn't record it while I was out of the house.  When this binge-watching session is over, I might write something about the old shows that we watched together.  Both "the end" and "after the end" have been a big deal in entertainment this entire century.
Posted by Pinku-Sensei at 11:11 AM