Prehistoric creatures to float over New York on Thanksgiving

Next, Dino the Sinclair Oil dinosaur.

Dino has been in the parade before, as an earlier version flew in the parade during the 1960s and 1970s beginning in 1962 to promote the 1964-1965 Worlds Fair, which I attended as a child.  It's returned, as the image below shows, to celebrate Sinclair Oil's 100th anniversary. 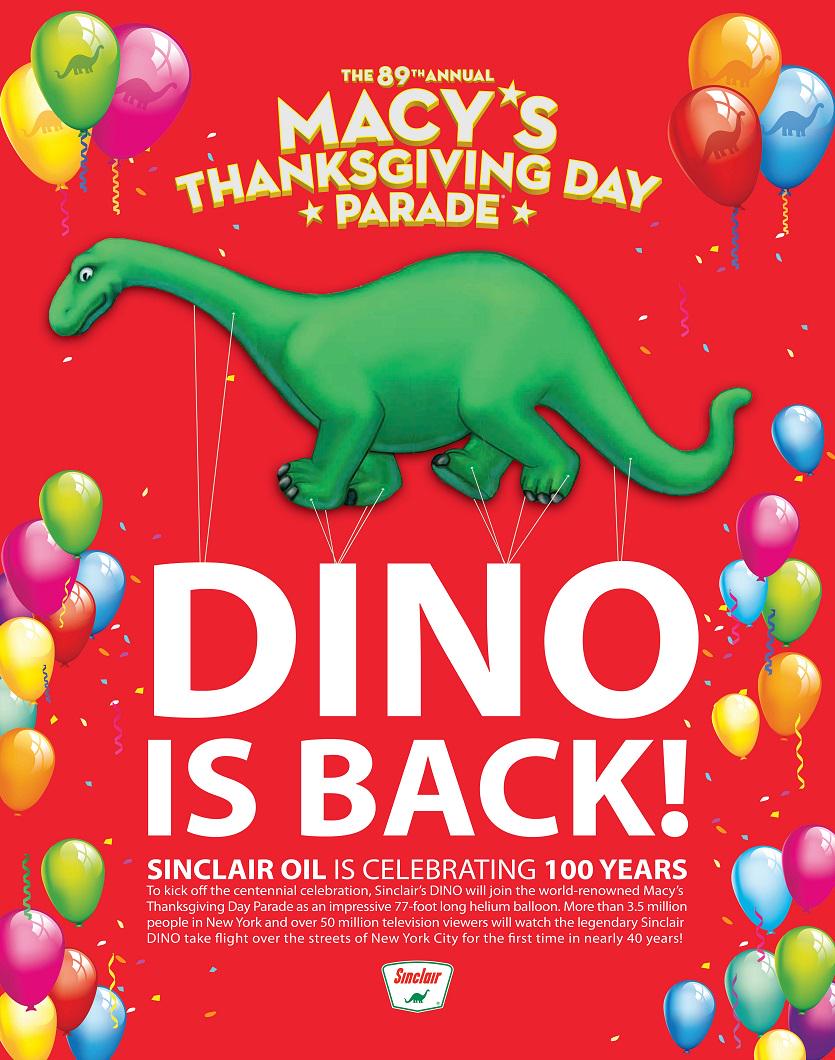 Prehistoric animals and a holiday parade.  I couldn't resist.  Happy Thanksgiving!
Posted by Pinku-Sensei at 12:00 AM