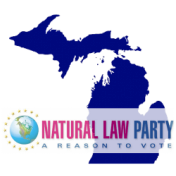 Today, I go from one extreme to the other.  Yesterday, it posted Michigan's major parties nominated the ballot's final candidates on Saturday, which ended with "stay tuned for a final story about the minor party nominees for state and federal office followed by the final entry of the month."  Today, I pass along the news about Michigan’s newest political party, the Working Class Party.  From the Working Class Party's website, here are its candidates.

The Working Class Party is the most far left (as opposed to far out--they're next) party on the ballot in Michigan.  They're not just Communist, they're Trotskyite.  Fortunately, I think they'll do very little harm to the other left parties in the districts where they are running; there are enough lefties to go around in the 12th, where the Greens are fielding a candidate, and there is no Green running in the 13th, so the Working Class Party has the disaffected far left all to itself.

Oddly enough, the Working Class Party could have endorsed a candidate for president and put them on the ballot, but they didn't.  Perhaps they'll vote for the candidates of the most far out party in Michigan, the Natural Law Party.  Follow over the jump for their candidates.


On July 28, the ballot-qualified Natural Law Party of Michigan nominated Emidio “Mimi” Soltysik for President, and Angela Walker for Vice-President. They are also the nominees of the Socialist Party.

These guys or the nominees of the Peace and Freedom Party, Gloria La Riva and Dennis Banks, are the ones I'd have expected the Working Class Party to have nominated.  Vermin Supreme is more what I think would be an appropriate nominee for the Natural Law Party.*

For the rest of the Natural Law Party's nominees, here is the list from the Secretary of State's candidate page.

With the addition of a write-in candidate for the Democrats, this is the only congressional district where all six parties with ballot access before this year have candidates running.

Melissa Gilbert was able to withdraw and the local Democrats were able to replace her.  Consequently, this is a race with five candidates--no U.S. Taxpayers Party nominee to further split the right, but the Libertarians are fielding a nominee.

Along with the 4th Congressional District, these are the only statewide contests with all six of the parties with ballot access prior to this year fielding nominees.  It's too bad that the Natural Law Party didn't nominate someone to run for the State Board of Education; then there would be an office with all seven parties vying for a seat.

Dern is the only minor party nominee contesting this seat.  He's run for Justice of the Supreme Court before in 2012 and 2014.  Before then, he ran for U.S. Senate in 2002 and 2008 and Governor of Wayne State University in 2010.  I talked to him in 2012 and mentioned that I could tell the Green Party had no lawyers, as they didn't run candidates for Supreme Court and rarely nominated anyone for Attorney General.  The next convention, Dern, who is a lawyer, started running for Supreme Court.  See the footnote for how he and the rest of his party repaid me.

*I don't much care for the Natural Law Party, and not because of their ideology.  It's because of all the minor parties that I covered during my years writing for Examiner.com, they were the least cooperative.  I called and asked for dates of conventions and lists of nominees and never got either.  It was like they didn't want news coverage or free media.  Consequently, I never wrote an article about them.  On the other hand, the U.S. Taxpayers Party of Michigan were very easy to work with.  They're nice people, even though I disagree vehemently with their ideology.  They also made good copy.

Stay tuned for the final entry of the month.
Posted by Pinku-Sensei at 10:31 AM