First carpool lane in Michigan as part of I-75 upgrade 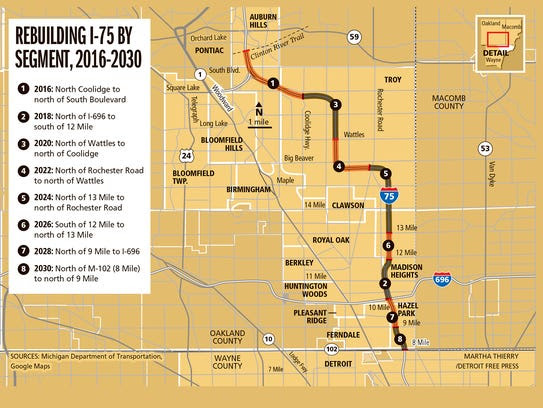 I have two local transportation stories to share.  One of them is the Regional rapid transit plan for Metro Detroit that I mentioned in Clawson 4th of July Parade.  I plan on reporting that on Monday.  The other is the Massive I-75 construction project underway in Oakland County.  Take it away, WXYZ!

A major construction project on I-75 began Monday in Oakland County and it's going to slow down your morning and evening commute.

WXYZ returned in the afternoon with a reporter on the road in Massive I-75 project underway.

Drivers got a taste of the traffic they will have to face in the upcoming months as I-75 is being altered.

Yes, this is needed so long as the people in Oakland County drive cars and the local public transportation system is so weak, but it's not a solution for a sustainable future without better public transportation including buses and light rail.  As the first video mentioned, it does have something worth celebrating, a car lane.  WOOD-TV mentioned it in MDOT begins 14 year project on I-75 near Detroit:  "The $90.8 million project, which stretches 18 miles, will add a carpool lane (the first in the state), resurface the highway and replace bridges among other things."  That's a small thing, but it is an improvement over the current situation, which does not encourage carpooling.

Stay tuned for the Sunday entertainment feature, which will feature previews of "Fear the Walking Dead" and "The Walking Dead."  Zombies!
Posted by Pinku-Sensei at 12:00 AM