Nature and science at the Primetime Emmy Awards 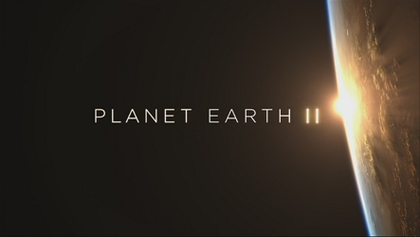 It's time to follow through on my telling my readers at the end of 'Wild Yellowstone: The Frozen Frontier' to "Stay tuned for more about this year's nominees from both the Primetime and News and Documentary Emmy Awards."  In the previous installment on this year's Primetime Emmys, I talked about science fiction.  Today, I'm looking through the Emmy nomination list for science fact, where I found three shows.

The first was "Planet Earth II" with ten nominations.  Before I list them, I'm sharing its official extended trailer.

10 years ago Planet Earth changed our view of the world. Now we take you closer than ever before. This is life in all its wonder. This is Planet Earth II.

A decade ago, the landmark television series Planet Earth redefined natural history filmmaking, giving us the ultimate portrait of life on Earth. Planet Earth II, narrated by Sir David Attenborough, will reveal our planet from a completely new perspective, using significant advances in both filming technology and our understanding of the natural world.

And if you are not excited enough already it features an original score by legendary composer Hans Zimmer.

Speaking of quality, two other shows about science and scientists were nominated for Emmys.  Follow over the jump for them.


By the way, I'm not feeling bad for Zimmer not being nominated for his main title theme music; he earned a nomination in that category for "Genius," one of ten for the second program I'm featuring today.  I know it is a biography, not a science show, but it is about Albert Einstein.  Here's the trailer.

This is a show I should watch.  I know my students are.  As for it winning, I don't have much hope.  It's competing for the writing award with "13th."  In the production design, it's competing against "Saturday Night Live," one of the two most nominated shows this season.  Bill Nye and Netflix should just be happy to get the nominations.

I'll have more on the Emmys later this week along with another driving update.  Stay tuned.
Posted by Pinku-Sensei at 10:07 AM