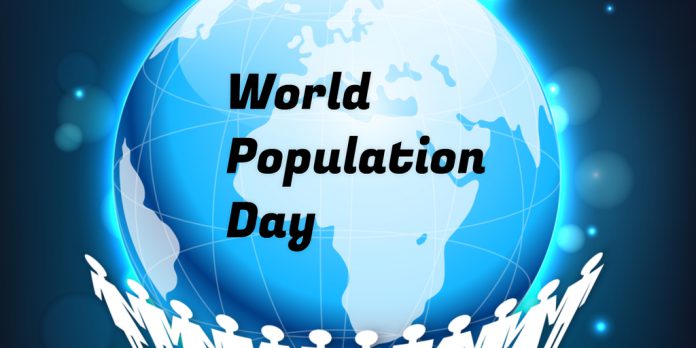 While I was celebrating National Mojito Day with Tipsy Bartender recipes, I was missing another holiday far more worthy of attention on this blog, World Population Day.

World Population Day is an annual observance which occurs on July 11th and is used to raise attention issues concerning global population – mainly, the effects of overpopulation on the world and that our current rate of population growth will not be able to be sustained into the future.

This is what happens when I rely mostly on National Day Calendar and Facebook's "On This Day" feature.  The former's International Days page is under construction and therefore incomplete and missing this day.  Also, I have only mentioned World Population Day once before on this blog in Sustainability news from Michigan's research universities for the week ending July 16, 2011.  Since I never used the name of the holiday in the title of any of my entries, Facebook never successfully reminded me of the day's existence.  Sigh.  It really is time for me to put together a page on this blog with a calendar of all the days I celebrate here.

That written, I first mentioned World Population Day six years ago yesterday, so this is an anniversary of sorts.  In addition, I'm not the only person celebrating it today.  The Mosaic Project/Girls Empowerment Project is holding an event today in Brampton, Ontario, Canada. 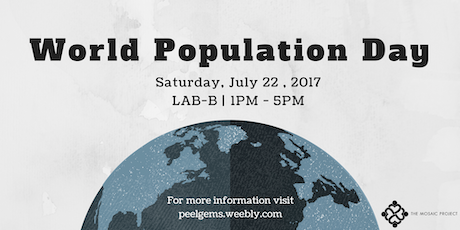 GEM will be conducting a series of events in partnership with Good Food Brampton and IMPACT Leaders Fund, to connect all Peel youth to learn about local and global sustainable practices.
On July 22nd, 2017, from 1-5 pm in Brampton, we will be hosting a workshop commemorating World Population Day (on July 11th), which aims to increase people's awareness on various population issues. For this workshop, we will talk about how to integrate sustainability into our everyday lives and highlight current environmental issues.

At least I'm not alone in being tardy celebrating the holiday.

Enough meta.  Follow over the jump for three videos about World Population Day.

When the first World Population Day was marked in 1990, the global population stood at a little over five billion.
It's now over half that again, measuring 7.6 billion.
July 11 is now the day each year when the United Nations tries to bring attention to the importance of population issues.
So where is it growing fastest and will it ever slow down? We've taken a look at a few of the numbers.

Next, a video from GrowthBusters I found at worldpopulationday.org, which is not the official site; the United Nations site is: If You Love Kids - Don't Have Any More (World Population Day 2017).

Is the public ready to acknowledge we have a moral responsibility to have fewer children? GrowthBusters director Dave Gardner takes to the streets to find out.

July 11 is World Population Day. We recently passed 7.6 billion humans alive on the planet, while scientists’ best estimates place sustainable world population at about 2 billion. This is an important occasion to have a conversation about our procreative choices.

Isn’t it time for the recommendation to go out far and wide that young couples should choose to have no children, or at most one child, until world population coasts back down to a sustainable level? We at GrowthBusters wondered if the time had finally come.

It turns out that Americans have been reducing the country's birth rate since the 1960s.  The same day GrowthBusters posted the above video, CBS News posted U.S. birth rate drops to lowest level in history, which updates what I reported three years ago in U.S. Population growth slowing down.

The CDC recently reported that the birth rate in the United States reached its lowest level in history in 2016. Dr. Christin Drake joins CBSN to explain why the birth rate has dropped and what it means for our future. Dr. Drake also discusses other data from the CDC's report, such as an increase in preterm babies.

We're doing our part to reduce the growth of P in the I=P*A*T (Impact equals population times affluence times technology), an equation I first mentioned in Lisa Hymas of Grist expounds on the A in I=P*A*T.  Now it's time to work on making technology more efficient to reduce T, which will mitigate increasing P and A to reduce I.  Otherwise, the feedback from the environmental impact will reduce affluence, if it hasn't begun to already.*  That's not going to be a pleasant way to reduce our impact.

*Greer the Archdruid has advocated a voluntary reduction in affluence A.K.A. "collapse now and avoid the rush."  That will work for a few early adopters, but it won't work for most people, which is why I picked the name for this blog -- the conceit that humans are Moties, doomed to crash their civiliation from overpopulation.