After recognizing Volodymyr Zelenskyy named Time's Person of the Year for 2022 yesterday, it's time, pun intended, to acknowledge the Women of Iran: TIME Heroes of the Year 2022.

Younger women are now in the streets. The movement they’re leading is educated, liberal, secular, raised on higher expectations, and desperate for normality: college and foreign travel, decent jobs, rule of law, access to the Apple Store, a meaningful role in politics, the freedom to say and wear whatever. They are quite unlike those who came before them; sometimes they feel more like transnational Gen Z than Iranians: they are vegans, they de-Islamicize their names, they don’t want children. I’ve often wondered what has made them so rebellious, because their ferocious character was evident well before 22-year-old Mahsa (Jina) Amini, arrested at a metro station by the morality police who enforce the dress code, died after being held in their custody on Sept. 16, setting off the most sustained uprising in the 43-year history of the Islamic Republic. The average age of arrested protesters is notably low—Iranian officials estimate as young as 15. I can only conclude that when a generation’s aspirations for freedom appear tantalizingly within reach, the more humiliating the remaining restrictions seem, and the less daunting the final stretch of resistance feels.

Just like Vaccine scientists being named Time Magazine's Heroes of the Year, the women of Iran were being considered for Persons of the Year, but earned this recognition instead. I think it makes for an apt and fitting consolation prize.

TIME Contributing Editor Angelina Jolie interviews activist Roya Piraei, whose mother, Minoo Majidi, was was killed in Iran in September. Thousands continue to protest the repressive regime there. The protests began in September, when 22-year-old Mahsa (Jina) Amini died in police custody, after being arrested for not wearing her hijab properly.

I found that moving and personalized the movement well. Also, I didn't know that Angelina Jolie is a contributing editor for Time. It's always a good day when I learn something new.

I plan to return tomorrow with the Innovator of the Year for Nobel Prize Day tomorrow and Entertainers of the Year as the Sunday entertainment feature. Stay tuned. In the meantime, here is the Time Magazine cover image for Heroes of the Year. 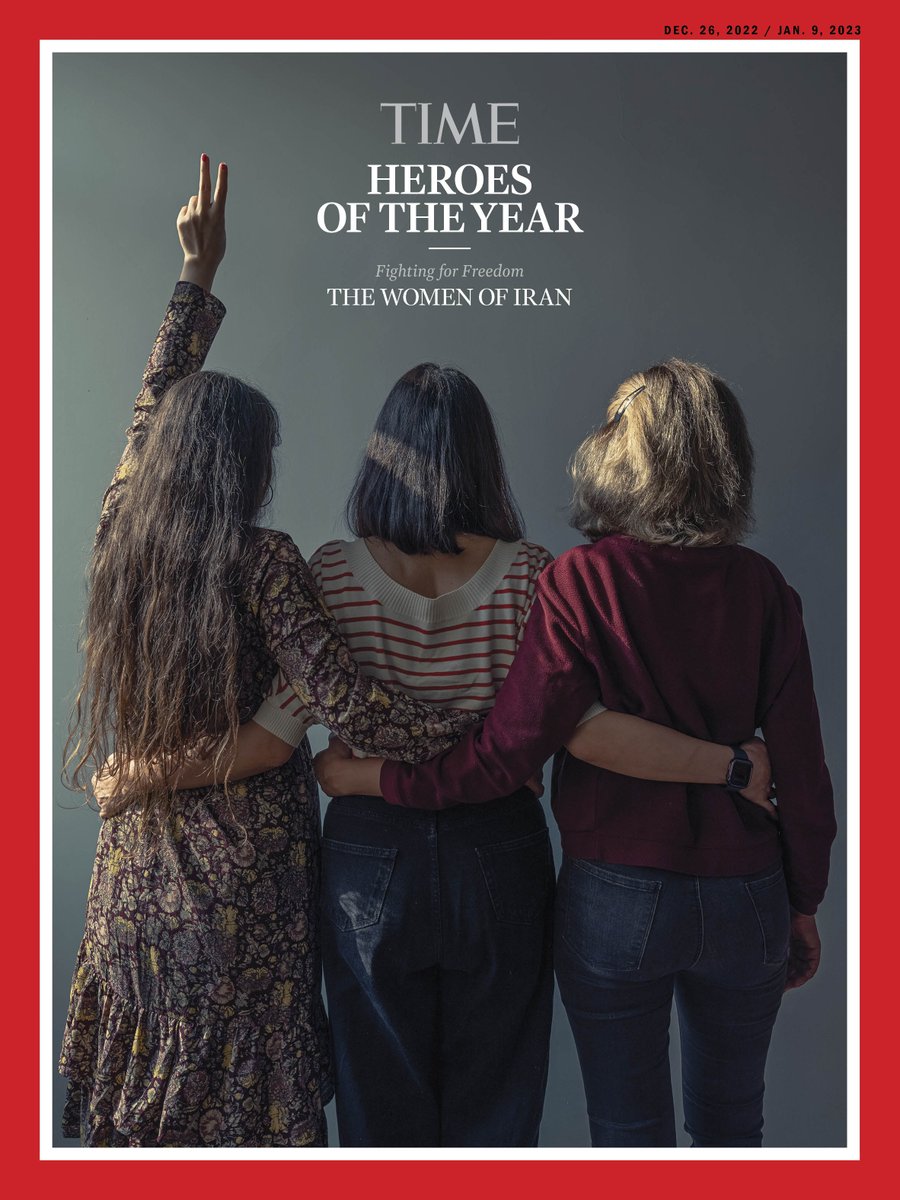