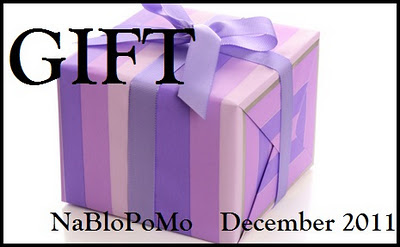 Beginning the first of this month, MSNBC has been posting a picture of Earth and nearby space each day as part of an Advent Calendar. I've been posting links and excerpts of each one as part of Overnight News Digest: Science Saturday for the past two weeks. It's time to start sharing them with the readers of Crazy Eddie's Motie News. I think of it as passing on the gift of wonder.


To paraphrase Obi-Wan Kenobi, that's no Christmas ornament ... it's a moon. Our moon, of course, hanging above Earth's limb in a picture taken from the International Space Station. It's the first holiday goodie in our Cosmic Log Space Advent Calendar, which will unveil a new picture of Earth as seen from space every day from now until Christmas.

Our second annual photo calendar takes its cue from a traditional Advent calendar, which is built to hide one sweet treat beneath each of 25 doors that are opened sequentially on the appropriate day. The idea is give kids something to sink their teeth into during each day of the holiday season, and build up the anticipation for the big treat on the 25th.

Here are links to the rest so far.

This one addresses climate change, so it deserves a fuller discussion.


Few places on Earth have more of a connection to the holiday season than the North Pole: After all, that's where Santa Claus hangs his hat. That's the address most kids write on their Christmas letters. Even NORAD lists that locale as Santa's home base.

But if I were Santa, I'd start thinking about real estate: Over the years, satellite measurements have pointed to a shrinkage in ice extent and thickness in the Arctic, due to rising temperatures. In September, experts at the National Snow and Ice Data Center reported that Arctic sea ice had declined to its second-lowest level in the past 32 years, and researchers at the University of Bremen in Germany said the ice coverage had fallen even below the 2007 minimum.

Holiday calendar: Rise and fall of the Dead Sea

I'll have more next week. Stay tuned!
Posted by Pinku-Sensei at 12:38 PM