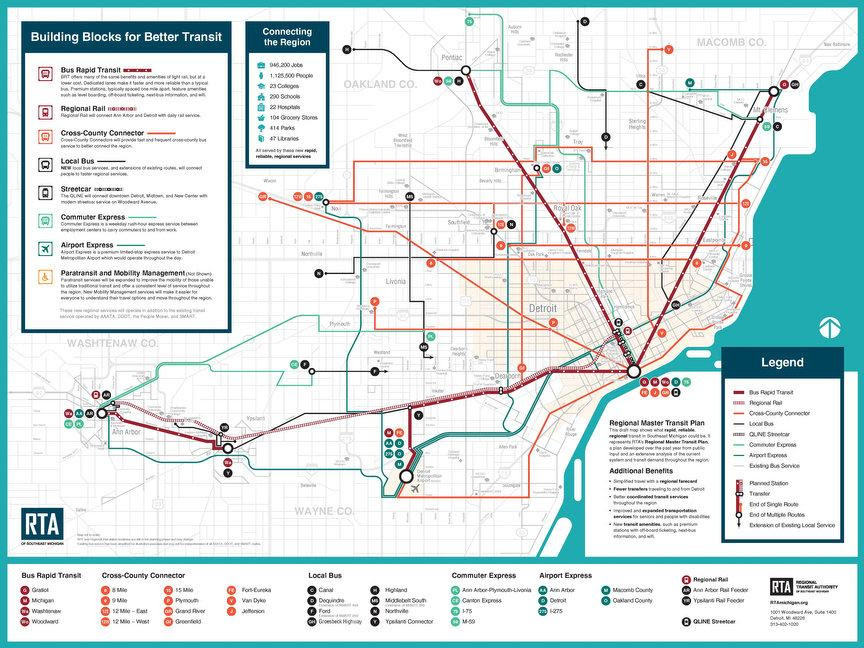 While I wrote about the M1 Rail becoming the QLine a few months ago, it's been more than a year since I reported on a regional mass transit plan.  Yesterday, that plan, which has been in the works since last year's entry, was revealed at Lawrence Tech in Southfield.  WXYZ has the story in Rapid transit announcement made.

Adding the commuter train to Ann Arbor is a smart move.  I know that Ann Arborites are train riders.  When I took the train from Detroit (actually Pontiac) to Chicago, more than half the passengers got on and off at Ann Arbor.

Of course I approve.  What do other people in the area think?  WXYZ attempts to answer in Reaction to mass transit proposal.

Detroiters are reacting to the proposed mass transit proposal and tax.

Looks and sounds like I won't be the only person voting yes on the millage.  Here's to campaigning for it to pass.
Posted by Pinku-Sensei at 9:02 AM