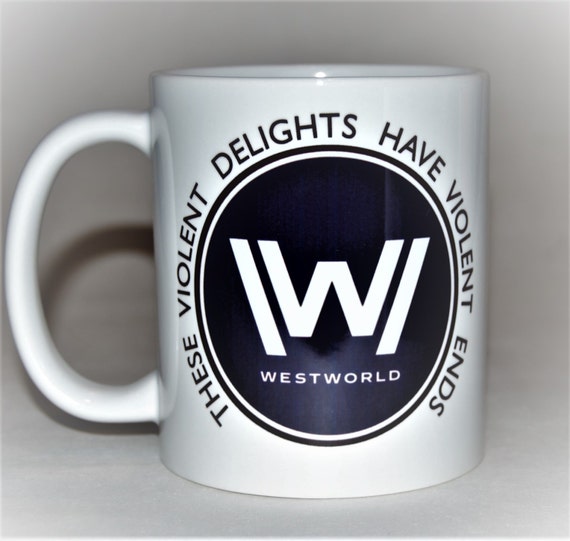 Happy Shakespeare's Birthday, which National Day Calendar lists as National Talk Like Shakespeare Day.  I was originally going to celebrate it as "Blue Stars 'Starcrossed' for a drum corps Shakespeare's birthday," but that was before I substituted A reminder of why I write this blog for a post about the return of "Westworld."*  Since season one was full of Shakespeare quotes and today is about talking like the Bard of Stratford, I've decided to write about "Westworld" characters quoting today's birthday boy to make up for not writing about the best science fiction television show of 2016 on Saturday.

Peter Abernathy begins quoting Shakespeare in Episode 1, "The Original."  Here he is with Dolores, apparently breaking down, but really becoming sentient.


According to the Westworld Wiki, he quotes Shakespeare twice.  The first is when he says "Hell is empty and all the devils are here."  That's from "The Tempest."  Next are the words he whispers to Dolores, which can't be heard in this clip, but which Dolores reveals later are "These violent delights have violent ends."  That line is from "Romeo and Juliet," and they are repeated throughout the series.  Here is Dolores telling Maeve the line in Episode 2.


Returning to Episode 1, Peter Abernathy is brought in to be examined by Dr. Robert Ford and Bernard Lowe after his apparent malfunction.  There, he quotes two more Shakespeare plays.  He begins with King Lear when he says "When we are born, we cry we are come to this great stage of fools."


He then alludes to "Romeo and Juliet" again before quoting "Henry IV" then returning to "King Lear."  Listen as he swears revenge.


"A rose is a rose is a rose" is actually by Gertrude Stein, but she was alluding to Juliet's line from "Romeo and Juliet," "a rose by any other name would smell as sweet."  "By most mechanical and dirty hand" comes from "Henry IV, Part II."  When spoken by a robot, and combined with "I will have such revenges on you both that all the world shall — I will do such things, — what they are, yet I know not, — but they shall be the terrors of the earth" from "King Lear," it makes for a eerily appropriate threat.

Of course, the hosts are Dr. Ford's creations and he is the one who is actually fond of Shakespeare.**  Follow over the jump for his quoting of the Bard.

I have to admit, I laughed despite myself.  As edited, that's funny.

What's not funny is the next time Ford references Shakespeare on the subject of death.  Listen to him misquote a line from "Hamlet" in Blood Sacrifice.

This examination of Shakespeare quotes in "Westworld" would be incomplete without the final recitation of the first season's catchphrase.  Here is Arnold saying "These violent delights have violent ends." Oh, boy, do they.


My wife and I plan on watching the premiere of Season 2 tonight on Amazon.  I will be listening for any more Shakespeare quotes.  If my readers heard them watching HBO last night, go ahead and spoil me in the comments, so I will know what to listen for.

*Besides, I made my page view goal for this month on April 9, so I don't need to post that kind of clickbait.  Next year.

**I know it's the writers, Jonathan Nolan and Lisa Joy, who are quoting Shakespeare, but I that's a level higher than I need to go today.
Posted by Pinku-Sensei at 12:00 AM