Fifty years ago, Martin Luther King's assassination delayed the Oscars plus 'Glory' from 'Selma' at the Academy Awards 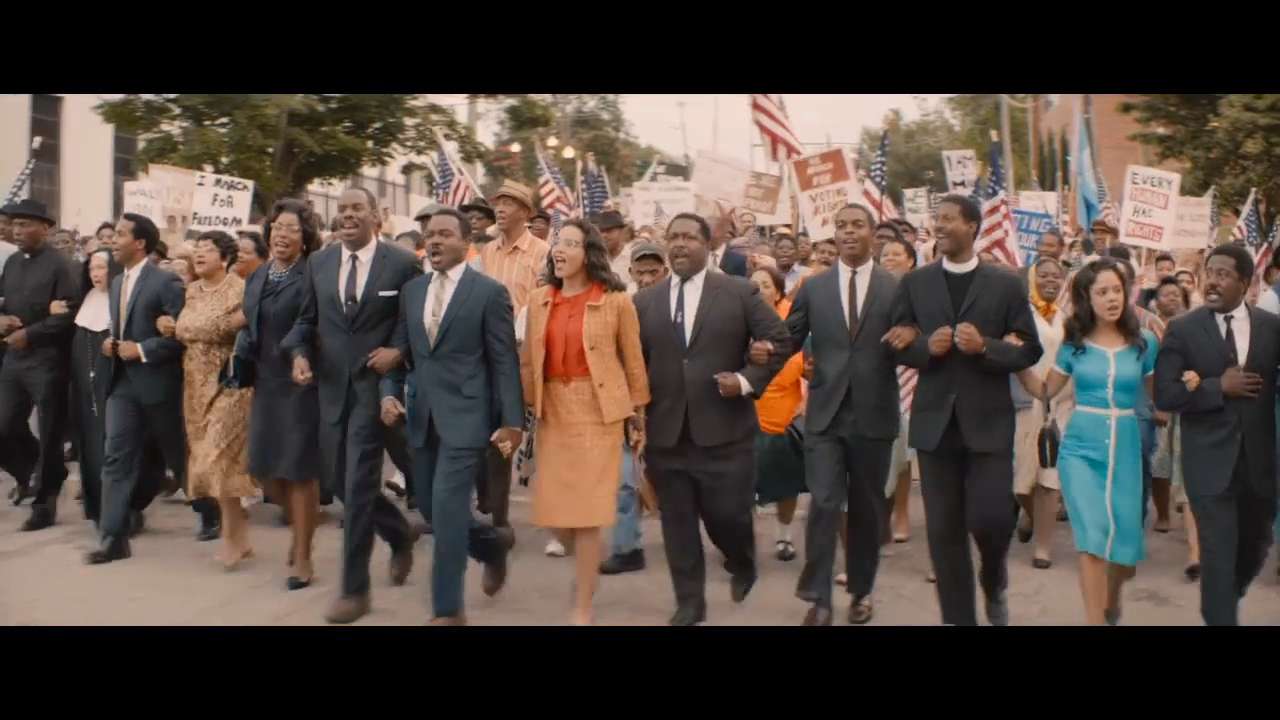 Today is the fiftieth anniversary of the assassination of Martin Luther King, Jr.  It's also National Walking Day.  To commemorate the first and celebrate the second, I am looking at one set of Dr. King's most famous "walks," The Selma to Montgomery Marches.  As is my style, I am doing so through the lens of entertainment, in this case the song "Glory" from the movie "Selma."  In addition to winning an Oscar, it also won a Golden Globe and a Grammy.

Interestingly enough, the Academy Awards happen to be the ceremony with the closest connection to King's death, as the Wikipedia entry for the 40th Academy Awards notes, "Originally scheduled for April 8, 1968, the awards were postponed to two days later, April 10, 1968, because of the assassination of Dr. Martin Luther King, Jr."  The article explains why, stating "Prior to the two-day postponement, four African-American stars who were scheduled to take part in the ceremony: Sidney Poitier, Sammy Davis Jr., Louis Armstrong and Diahann Carroll, announced they were withdrawing in mourning for Dr. King. Prior to the postponement, Jack Lemmon was announced as a replacement for Poitier, and Shirley Jones for Davis, but once the event was delayed, the original quartet returned."

The Hollywood Reporter gave even more detail, noting that the four presenters were attending King's memorial in Atlanta on the 9th.  In addition, "the Academy...canceled the Governors Ball (for the only time in Oscars history). Academy president Gregory Peck opened the show with a tribute to King, and THR summed up the night as one of 'solemnity, glamour [and a] sense of unity.'"

Octavia Spencer introduces the performance of "Glory" at the 87th Academy Awards by mentioning the postponement.*


Although I wrote about the nominations of the song for the Golden Globe, Oscar, and Grammy, I never posted any of the acceptance speeches.  Today is a good opportunity to correct that oversight.  Here is "Glory" from "Selma" winning Best Original Song from the Oscars.

Idina Menzel and John Travolta presenting John Stephens and Lonnie Lynn the Oscar® for Best Original Song for "Glory" from the film "Selma" at the 87th Oscars® in 2015.

The description of the previous video includes the acceptance speeches of both songwriters.


Lonnie Lynn (Common): First, I would like to thank God, who lives in us all. Recently, John and I got to go to Selma and perform “Glory” on the same bridge that Dr. King and the people of the civil rights movement marched on 50 years ago. This bridge was once a landmark of a divided nation but now is a symbol for change. The spirit of this bridge transcends race, gender, religion, sexual orientation and social status. The spirit of this bridge connects the kid from the South Side of Chicago dreaming of a better life to those in France standing up for their freedom of expression, to the people in Hong Kong protesting for democracy. This bridge was built on hope, welded with compassion and elevated by love for all human beings.

John Stephens (John Legend): Thank you. Nina Simone said it’s an artist’s duty to reflect the times in which we live. We wrote this song for a film that was based on events that were 50 years ago but we say that Selma is now because the struggle for justice is right now. We know that the Voting Rights Act that they fought for 50 years ago is being compromised right now in this country today. We know that right now the struggle for freedom and justice is real. We live in the most incarcerated country in the world. There are more black men under correctional control today than were under slavery in 1850. When people are marching with our song, we want to tell you we are with you, we see you, we love you, and march on. God bless you.

We should keep not only King's memory with us, but also the words of Common and John Legend.  King may have been dead for 50 years, but his work is not done.