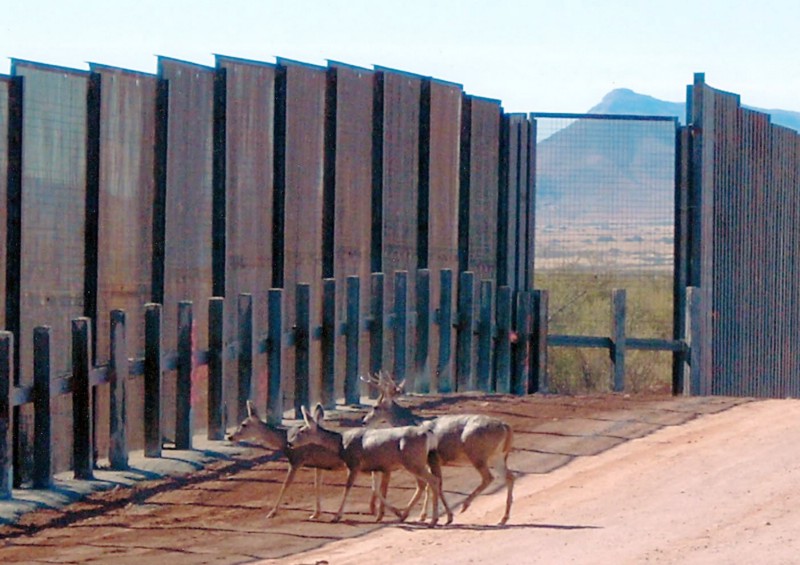 When I wrote yesterday "stay tuned for a retrospective about the top posts of the previous blogging year," I was planning on looking back at popular posts about football and the Super Bowl from last year.  Instead, I have a different kind of throwback entry, a revisit of last year's Trump's border wall is an environmental disaster, too.  That entry had an illustration from Vox.  This one has a video from the same source: How border walls disrupt nature.

The environmental impact of Trump's wall, explained.
...
When we talk about the consequences of the proposed wall at the border of the US and Mexico, we usually think in terms of people. But along the political divide are rich pockets of biodiversity, with dwindling populations of species that rely on the ability to move back and forth across the border.
Under the 2005 REAL ID act, the Department of Homeland Security doesn't have to comply with various environmental laws that might otherwise slow or halt construction in a sensitive area. Laws like the Endangered Species Act, the Clean Water Act, the National Environmental Policy Act or the Migratory Bird Treaty Act — none of those apply to border wall construction.
Several parcels of land, including the National Butterfly Center, a state park, and other areas in the federal wildlife refuge system — are still threatened by wall construction. It could still be years before construction starts in some of these areas — but there’s still a lot we don’t know about the full impact of barriers on biodiversity.

Vox has more on this issue in Congress is quietly letting Trump bulldoze a butterfly refuge to build a border wall.  It includes one bit of good news, an exemption for the Santa Ana National Wildlife Refuge, but bad news for all the places listed in the video description.

Vox's video and story came out this year.  Last year, The Dodo had a briefer and more poignant video: Trump's Wall Would Be Awful For Animals.

Trump's proposal for a concrete and cement wall along the U.S. - Mexico border doesn't account for the impact it would have on animals in the region.

Vox may make its viewers think about the issue, but The Dodo makes its viewers feel for the animals.  I think people need both to understand the issue.
Posted by Pinku-Sensei at 8:43 AM