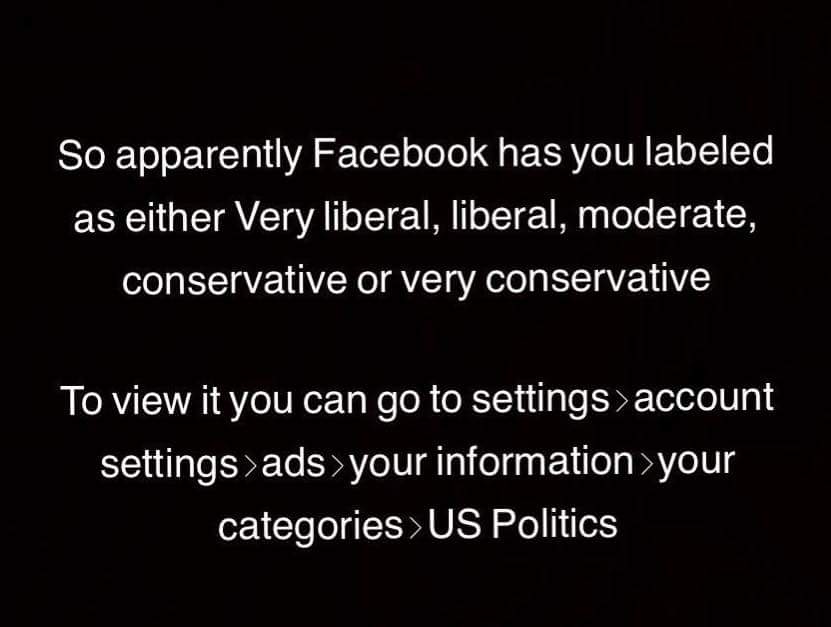 It's been five years since I wrote about psychology on Facebook and warned people that we reveal ourselves on Facebook.*  With the Cambridge Analytica scandal involving tens of millions of Facebook users' data in the news, it's time for me to reexamine this topic.  WUSA gave me a hand by asking VERIFY: Does Facebook predict your political affiliation and let advertisers target you?

The answer is yes, or at least it thinks it does according to its algorithms (there is no label for Libertarians, so they would be slotted along the simple liberal-conservative spectrum).  The program considers me very liberal under US politics (I just consider myself liberal, but it wouldn't surprise me if I have drifted even farther left over the years) and likely to engage with political liberal political content.  Hey, I produce liberal political content; of course I engage with it!

It also knows about where users live relative to their families and hometowns (I'm an expatriate Californian, so I'm away from both), whether users are gamers, if they are interested in education and libraries, and if they commute to work.  I mention those because Facebook "knew" and because I have already revealed them here, along with my being a dog owner, which Facebook figured out as well.  It will determine these things for my readers who are Facebook users as well.  Follow the instructions in the video and image and see if I'm right.

One piece of information that I haven't revealed myself is what Facebook calls "Multicultural Affinity," i.e., users' racial or ethnic identification according to their online behavior.  It doesn't necessarily match users' self-identification.  On the one hand, that could be chalked up to artificial intelligence being an oxymoron or a flaw in the algorithm.  On the other, it's definitely picking up something about Facebook users that they don't even know about themselves but Facebook and its advertisers do.  I'm just not sure what it is.

Finally, remember this cartoon I first used seven years ago in Facebook: There is no such thing as a free lunch.  It's been an issue that long. 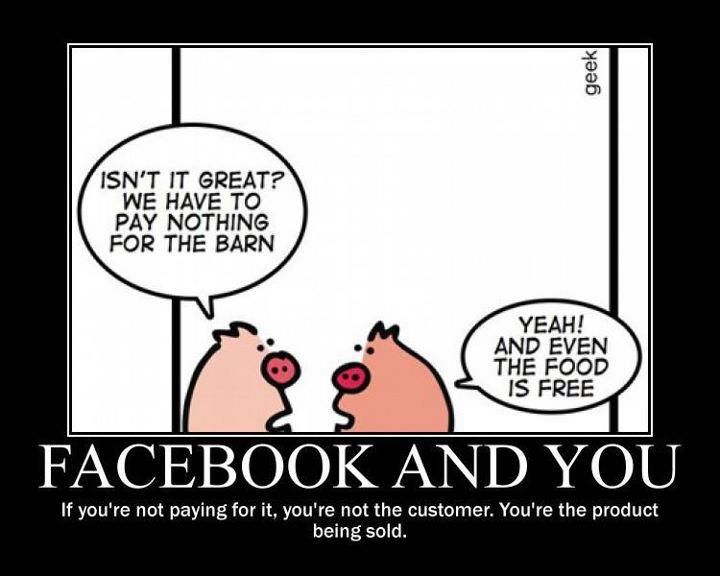 *This was the twentieth most read entry of the third year of the blog.  I believe the research presented in that post is what ultimately lead to Cambridge Analytica's use of psychological profiling for political advertising.  I'll check that hypothesis and get back to my readers.  Stay tuned.
Posted by Pinku-Sensei at 10:45 AM