Crime and injustice among the Oscar nominees 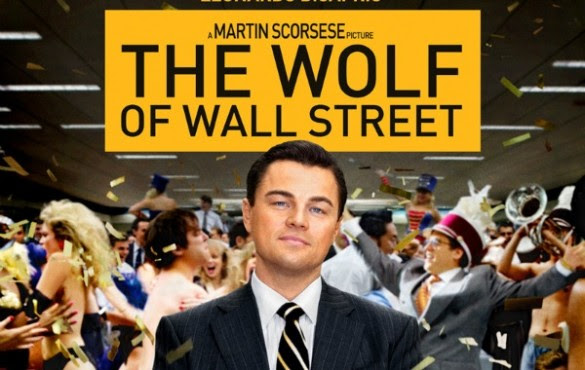 I concluded Politics, science fiction, and fantasy at the Golden Globes by noticing a trend.


Looking through the films, there are a lot that involve crime in one form or another.  That might be worth commenting on if the same trend appears among the Oscar nominees.

I repeated that over at Kunstler's blog a few weeks later.


As for your point that criminality is part of “who we are,” it’s not just in television. It shows up in our movies, too. When I looked over the list of nominees for the Golden Globes, I saw that a lot of them had to do with crime and its consequences. Most of those same movies ended up nominated for the Academy Awards. Not only is it “who we are,” the entertainment industry insiders think its good art, too.

Since it's Sunday, yet I'm not writing about zombies tonight, it must be time for another collapse-and-decline-themed entertainment entry.

Follow over the jump to read me make good on my promise and see if Kunstler and I were right.

First, here all the Oscar nominees in the top six categories that were about crime, along with the type of criminal activity.  I'll only name each film once, by the highest honor it was nominated for.  I'll also stick to the what I consider to be the top six categories, Best Picture, Best Director, and the four acting categories.

Dallas Buyers Club: drug smuggling and distributing--never mind that the drugs were lifesaving and are now legal, making this a case of injustice, too.

Now, those films nominated for the top six awards that were about injustices that were not criminal offenses at the time they took place, although they might be considered such now.

12 Years a Slave: the only thing illegal was that the protagonist-narrator was not a slave.  That just makes it a greater injustice.

Philomena: Again, the action described was probably legal in Ireland at the time, but it is now a great scandal.

In addition to the top six categories, I was able to pick out three nominees farther down the Oscar ballot that were about crime and injustice.

The Great Gatsby: Gatsby himself is a rumrunner, and the plot involves murder and vehicular manslaughter.

Mandela: Long Walk to Freedom: This was a crime at the time, but is now considered an injustice.

I could go on, but I think I've made my point.  More than half the Best Picture nominees involved crime.  Two more involved injustice.  Only the two science fiction films, "Gravity" and "Her," involved neither.  Furthermore, all of the nominees for both Actor in a Leading Role, Actor in a Supporting Role, Actress in a Supporting Role involved crime or injustice, too.  The only acting nominee in films not about either crime or injustice was Sandra Bullock in "Gravity."

As far as who won, it looks like crime paid.  "12 Years a Slave" won for Best Picture and Best Actress in a Supporting Role, "Dallas Buyers Club" boasted Best Actor, both in leading and supporting roles, and "Blue Jasmine" got Cate Blanchett a Best Actress Oscar.  Only "Gravity" won one of the top six awards, Best Director.

In summary, out of the top six categories, Best Picture, Best Director, and all four acting categories, eleven films were nominated.  Nine of them involved crime or injustice, mostly crime, and in the case of "Dallas Buyers Club," were both at once.  According to Hollywood, Kunstler is right to say that criminality is part of "who we are."
Posted by Pinku-Sensei at 12:01 AM