Good morning!  It's time to check up on the Oscar predictions I made in Discovery News on this year's nominated documentaries
and 'Gravity' in Crazy Eddie at the movies.

First, the documentary features.  After discussing or mention four nominees, I pointed out that "the one nominee I haven't mentioned, "20 Feet from Stardom," which is about the lives of backup singers and the biggest box office hit of the bunch, is the one I think will win."  It did. 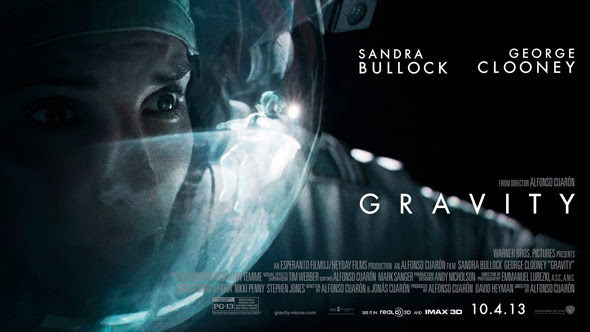 "I think it has a good shot at Visual Effects, Sound Mixing, and Sound Editing..."  It won all three.

"The music was effective but minimal, so I'm not optimistic about Best Original Score."  I should have been more confident about the music, especially after taking into account the psychology of a sweep on the voters.  At least I didn't make a prediction about which other movie might win.


It might win Editing, but it's against all the very best films of last year.  Cuaron did win Best Director at the Golden Globes, so I think he'll do it again here.  The Cinematography was stunning, so I think it has a good chance.

Again, "Gravity" won all three, for a total of seven Oscars, the most of any film at last night's awards.  Just the same, two awards got away.


Finally, Sandra Bullock put in a great performance, but she will not beat Cate Blanchett for "Blue Jasmine."  Also, "Gravity" may not even be the best science fiction film nominated.  "Her" might be.  Neither of them will win for Best Picture.  I expect "12 Years a Slave" will repeat its win from the Golden Globes.

Both of my predictions came to pass.  Blanchett and "12 Years a Slave" won their categories.