World Series Music--Lorde's 'Royals' vs. They Might be Giants' 'San Francisco' 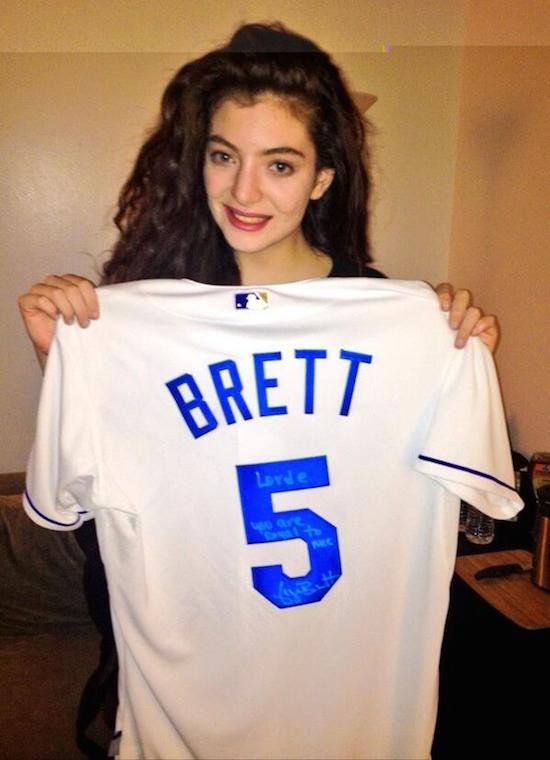 It's time to make good on that entertainment entry I promised at least four times.  However, tonight I'm not posting about any of the topics I suggested--Gamergate, college bands doing zombie marching band shows, or entertainment leftovers from the past month's Overnight News Digests.  Instead, I'm posting music for the World Series.  Thank Vox for the inspiration: Bay area radio stations realize Lorde’s “Royals” is Kansas City-inspired, freak the hell out.


Two San Francisco radio stations have put the kibosh on Lorde's song "Royals" until the World Series is over. Baseball, apparently, is much more important than Lorde singing about having "never seen a diamond in the flesh."

That's wanky.  It's also a good excuse to play her song here.

How did one of the Kansas City radio stations respond?


"We won't let their anti-Royals spirit ruin this moment," said Tony Lorino, Program Director of 99.7 The Point. "A few angry San Franciscans who don't have a song called ‘Giants' won't rain on our parade."

I don't know of any pop songs with the title "Giants," but the band They Might Be Giants has a song called "San Francisco."

From TMBGs Venue Songs "San Francisco (In Situ)" recorded live at the Fillmore. A tip of the hat to jlassen's photostream on flickr for the fine zombie photos used in this slide show presentation!

Giants fans, you can thank me later.  After all, I'm originally from California, so I'm rooting for your team.

Also, zombies!  I managed to post about a band using a zombie theme after all.
Posted by Pinku-Sensei at 8:35 PM