All about that space base bass 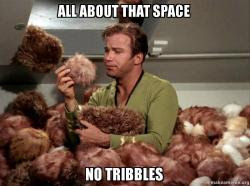 After I wished all my readers a Happy Winter Solstice 2014, I told them to "stay tuned for the Sunday entertainment entry."  Since I'm in an "I can't be all DOOM all the time" mood, I'm engaging in a bit of memetic mutation involving Meghan Trainor's "All About That Bass."

I begin with NASA's All About That Space (Updated with video from Space.com).

"All About That Space" is a volunteer outreach video project created by interns at NASA's Johnson Space Center. It was created as a parody (to raise interest and excitement for Orion's first flight) of Meghan Trainor's "All About That Bass". The lyrics and scenes in the video have been re-imagined in order to inform the public about the amazing work going on at NASA and the Johnson Space Center.

In case you're experiencing déjà vu, the 2012 class created and performed a similar parody that I featured in NASA Gangnam Style two years ago.

Follow over the jump for another parody and the original, along with two space basses, one fantastic and the other quite real.

Next, Nerdist presents ALL ABOUT THAT BASE (Star Wars Parody - Meghan Trainor's All About That Bass).

Now the original by Meghan Trainor - All About That Bass.

I'll return to Miss Trainor later, as this video was the ninth most watched music video on YouTube this year.  Right now, I'll conclude with too space basses, one fictional...

...and the other very real. With this last image, this entry returns to Earth, as it is the model played by Bootsy Collins of Parliament/Funkadelic, a band with a science fiction theme to their stage shows and music and a connection to Detroit.