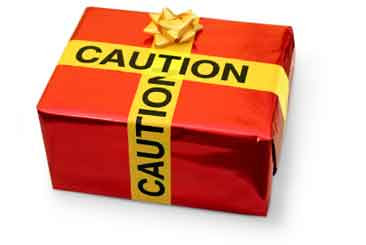 Holidays can be fun, but they can also be deadly. Trace is here to rundown the top 5 deadliest holidays.

I shouldn't be surprised at 4th of July, what with all the driving, but I had a feeling Christmas was one of the worst.

Follow over the jump for two videos on the science of food from DNews.

First, The Science Of Dark vs. White Meat.

Thanksgiving day, if you eat turkey, you have the choice of eating white meat or dark meat. What's the difference? In this episode, Trace breaks down what meat is.

I'm scheduled to teach anatomy and physiology next year for the first time since 2007.  This would be a good video to use to explain the difference between fast-twitch and slow-twitch muscle fibers.  I'd been using the specific examples about dark meat and light meat already.

Finally, for everyone sick of the holidays and pumpkin spice everything, DNews performs a Thanksgiving Experiment: Blow Up A Pie!

In this special Thanksgiving episode of DNews, Trace and Amy decided to the explore the world of pyrotechnics with the exploding pie experiment!

As the reviewers of the Farm Film Report were famous for saying, that blowed up real good.