I promised a "more substantial entry later tonight" in Recycled orchestra: student sustainability video festival 27.  I have my pick of subjects, all of which made PBS NewsHour's News Wrap: Detroit emerges from bankruptcy.

In our news wrap Wednesday, a federal judge approved plans for the city of Detroit to shed $7 billion of its $18 billion in debt, clearing the way for an end to the largest municipal bankruptcy in history. Also, a national Brazilian commission released a report on systematic torture and killings committed during nearly two decades of military dictatorship.

The first item answered the implied question I asked in Retail gas prices drop as commodity prices bounce, "Stay tuned to see if Tuesday's price moves signal a bottom or were just a coordinated dead cat bounce."  They were a dead cat bounce, one that took the rest of the markets down with them. 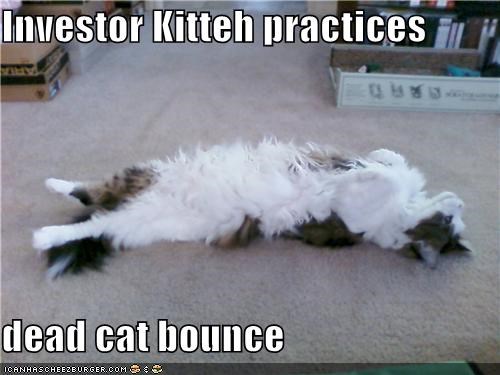 That's one item crossed off my to do list.  Follow over the jump for more topics I realize I should be tackling.

The headline was Detroit's bankruptcy.  I expected to write more about it than I did, but now that's it's over, the results were better than I expected.  I plan to post at least one entry featuring videos from WXYZ on exiting bankruptcy later this week.  I also have a comment from escapefromwisconsin to post as well.

The Senate report on torture didn't make the top stories, but a comparable report from Brazil did.  I don't expect to write about Brazil's report, but I'll consider posting something about the U.S. torture report.

The video of the two Nobel Peace Prize winners reminds me that I have lots of stories about the science winners in my archives.  It's probably time to post those in response to this event.

The refugee crisis is not one that I've examined here, but I certainly might have something to say about immigration in general.

Finally, the segment from the NFL reminds me that I also have lots of articles in my archives about domestic violence and sexual assault.

Yes, I have an impressive to do list.  I'll see how much of it I can get to this week and how much will wait until after I submit grades next week.  I expect more student sustainability video festival entries than any of these until Tuesday or Wednesday.  Stay tuned.
Posted by Pinku-Sensei at 12:25 AM