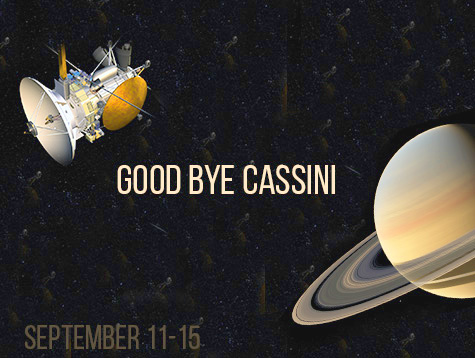 I mentioned that I might get to the Cassini spacecraft burning up in Saturn's atmosphere at the end of Seeker/DNews on bees recovering from colony collapse disorder.  Today is as good a day as any to say goodbye.  First, a serious farewell from NASA as the space agency says Goodbye Cassini.

A thrilling epoch in the exploration of our solar system came to a close today, as NASA's Cassini spacecraft made a fateful plunge into the atmosphere of Saturn, ending its 13-year tour of the ringed planet.

Cassini's plunge brings to a close a series of 22 weekly "Grand Finale" dives between Saturn and its rings, a feat never before attempted by any spacecraft.

Addio per sempre, Cassini!
Posted by Pinku-Sensei at 12:07 AM