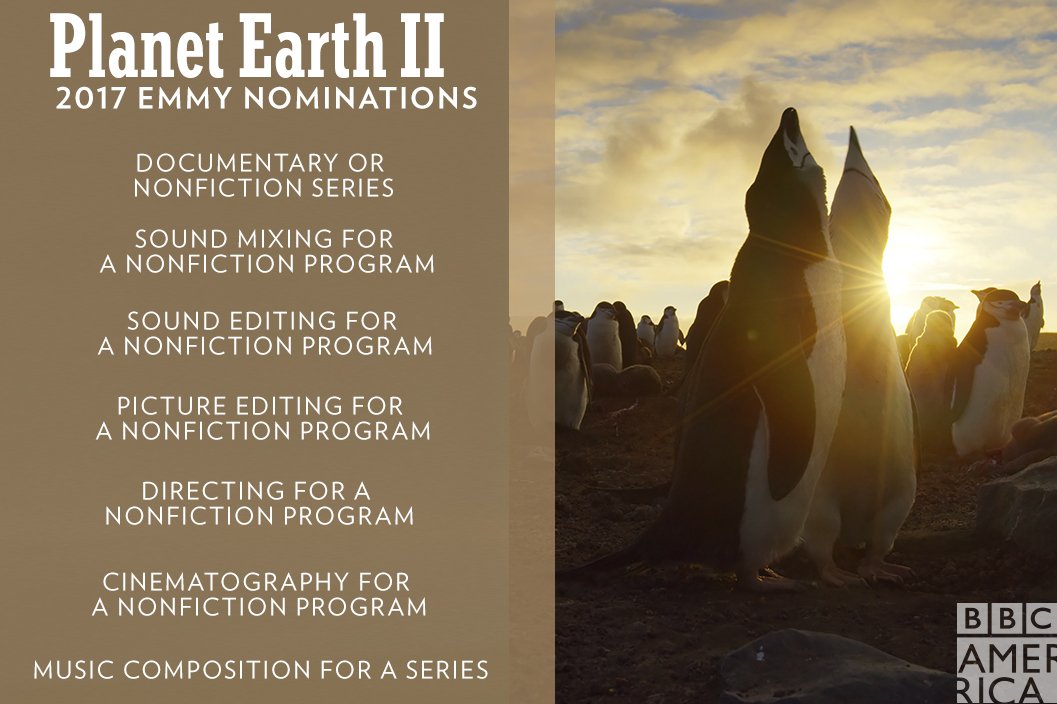 I listed all ten nominations for "Planet Earth II" in Nature and science at the Primetime Emmy Awards.

It won two of them at last weekend's Creative Arts Emmy Awards, Outstanding Documentary or Nonfiction Series and Outstanding Cinematography for a Nonfiction Program for "Islands."  For the first award, it clearly stood out over a field of "30 for 30," "American Masters," "Chef's Table," and "The Keepers," so I consider that an easy win.  For the second, it was competing against a much tougher field including "13th," "O.J.: Made in America," “Anthony Bourdain Parts Unknown,” “Chef’s Table,” and itself as two episodes were nominated.  "Planet Earth II" managed to defeat an Oscar winner, an Oscar nominee, a former winner, and itself.  Congratulations!

As for the rest of the science and nature programs I lised in Nature and science at the Primetime Emmy Awards and More nature and science at the Primetime Emmy Awards, none of them won.  I would say I'm disappointed except that I didn't expect that most of them would win.  In fact, I said of some that they should just be happy to be nominated.  In particular, I will note that I called the win for Meryl Streep as the narrator of "Five Came Back," an episode of "The Price of Victory," over all the nature shows.  Never underestimate the power of Hollywood voting for a good film or show about itself.

I'll have more about the other winners of non-fiction programs later this week.  In the meantime, enjoy these two clips from "Islands," one that was shown on air, the other a behind the scenes clip I've already shown to my students, both examples of the techniques explained in Vox on 'Planet Earth II'.

A pygmy three-toed sloth swims between mangroves on the island of Escudo.

Pygmy sloths are home to an unusually varied number of creatures.

By the way, I'm back home from the hospital.  I might have more to say about that experience later this month.
Posted by Pinku-Sensei at 7:44 AM