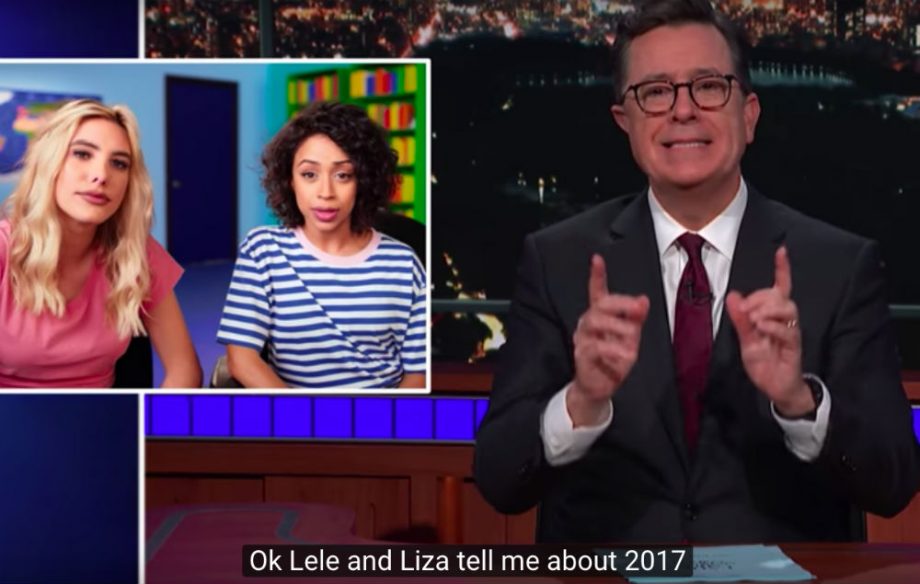 YouTube Rewind 2017. Celebrating the videos, people, music and memes that made 2017.

As I wrote when I featured the last YouTube Rewind, it helps to watch YouTube Rewind 2017: Behind the Scenes to know who the people are.

Behind the scenes of YouTube Rewind 2017, the epic year-end celebration of the videos, people, music and memes that made 2017 on YouTube.

By the way, it's the sixth year I've rewound the year on YouTube.  I think that's a good tradition to have.

Follow over the jump for a more serious pair of retrospectives from Google and Vox.

In 2017, the world asked “how.” Questions like how to join the military, how to run for office, how to make a protest sign, how to be a good parent, and how to be a firefighter were asked more than ever before.

Facebook didn't produce a video replaying how the year soon to end fared on their site, but Vox did.  Here is 2017, in 7 minutes.

In a tumultuous 2017, these are some of the stories that defined the year.

Wow!  What a year, both good and bad.

One last time, farewell to 2017!  Stay tuned for my favorite marching bands and one corps in the Rose Parade today 2018 edition, featuring Two Rose Parade marching bands playing 'Thriller' for Halloween and 'The Commandant's Own' for a drum corps Veterans Day 2017.
Posted by Pinku-Sensei at 7:00 PM