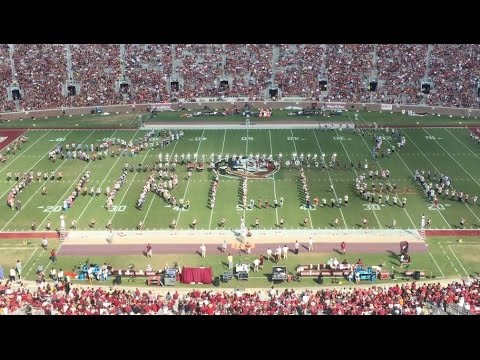 For the first of five Halloween posts I promised yesterday, I'm sharing videos of two marching bands that will be participating in next year's Rose Parade playing "Thriller," the dance theme for all zombies.*

First, one of the best, if not the best, high school marching bands in Japan, Kyoto Tachibana Senior High School playing "Thriller" as they march and dance down the street.


I'm always amazed at what a good sound they get while they move around so much.

Next, one of the top high school marching bands in Southern California, the Bands of Santiago Sharks playing "Thriller" at the Los Angeles County Fair.

Not only did the B.O.S.S. play "Thriller" on parade, they made it the theme of their field show the year before.

Santiago High Marching Band and Color Guard performed their Thriller halftime show on October 24, 2014.  It featured songs by Michael Jackson.  The field show is great, but the best moments happen at 5:16 in the video.  You won't want to miss it!  AWESOME JOB, Santiago!  Video provided by B. Park.  Band directed by Kris Parish and Joe Dudek.  Color Guard directed by Corkie Keys.

That was fun.  I'm looking forward to seeing both bands in the Rose Parade on New Year's Day.

Stay tuned for more Halloween entries through the end of the month.