Vox explains NASA's plan to save Earth from asteroids 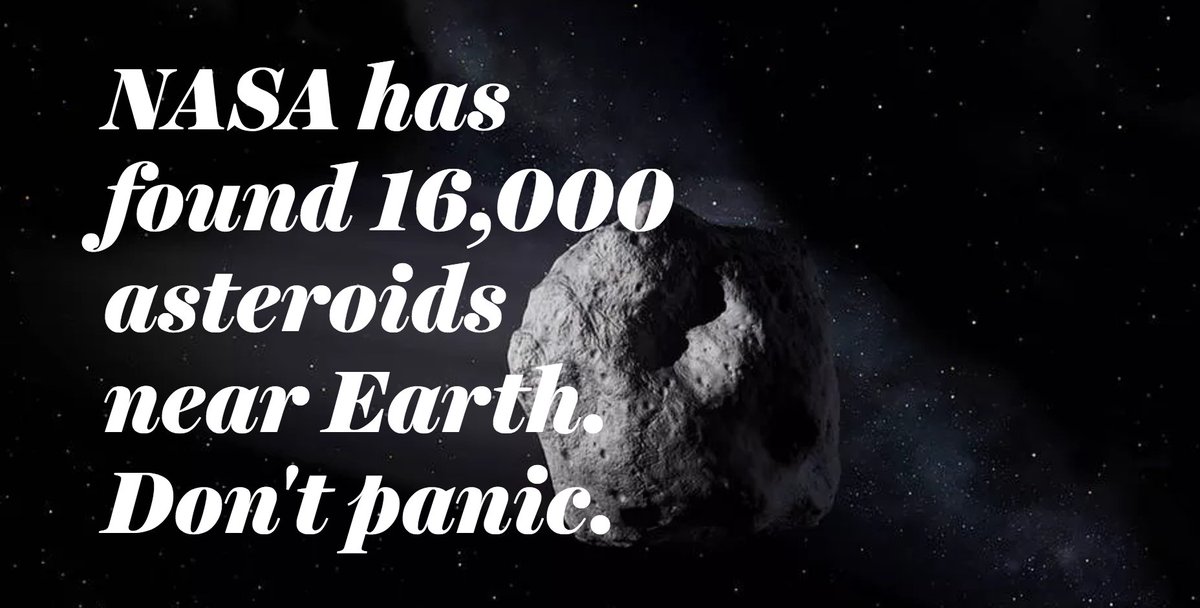 I told my readers to "Stay tuned as I'll be back tomorrow with a real possible doomsday and what is being done to prevent it" at the end of The Fake Mayan Doomsday five years later for Winter Solstice 2017.  It should come as no surprise to long-time readers of this blog, who have seen me write about Apophis Day since 2012 and its more famous relative International Asteroid Day since 2016, that the catastrophe and project to prevent it I'm featuring is NASA's plan to save Earth from a giant asteroid from Vox.

Don’t panic.
...
65 million years ago, a large asteroid collided with Earth near present-day Chicxulub, Mexico. The impact was a climactic event that likely contributed to dinosaur extinction. Today, Earth remains vulnerable to asteroid collisions. In recent history, space rocks have landed in The United States, Russia, and elsewhere. In the event of a potential asteroid collision, NASA has developed several options for dealing with the threat. Researchers at NASA’s Center for Near Earth Object Studies and Jet Propulsion Laboratory have proposed using blunt force, weaponized deflection or a theoretical tool called a gravity tractor to deflect impact. In addition to developing contingency plans, NASA scientists are also searching the sky for future asteroid threats. To learn more about their work and NASA’s plan to prevent an asteroid collision, make sure to watch the video above.

May an asteroid large enough to kill people and destroy cities never strike Earth in the lifetimes of myself and my readers and may we be prepared for one anyway.

Vox impressed me so favorably with this video that I plan on posting two more, one for Festivus and another about a Star Wars holiday for Christmas Eve.  Stay tuned and happy holidays!
Posted by Pinku-Sensei at 12:00 AM